Fantendo - Game Ideas & More
Register
Don't have an account?
Sign In
Advertisement
in: Tigzon's stuff, Free to use Characters, Articles under Construction,
and 10 more

Tigzon the TigerStar (or Tigzon) is an anthropomorphic tiger-fox hybrid character, created by Sohnix, and the titular protagonist of his own series. A fire-type Zon spirit and a transformation of Tai Z. Takara, he is highly recognized for his parkour, speed, and fighting skills.

Tigzon the TigerStar is an anthropomorphic tiger-fox hybrid with a muscular teenage-like appearance. He has a feline look with green eyes and orange and white color scheme for his fur. His hairstyle has a white strand and light orange bang. He highly equipped with long, green scarf, covering around his neck, which shows an outline of a white star attire and uses a pair of green, fingerless gloves. He wears Arabian-style light blue sweatpants with green attire and yellow star-like belt. His bare feet are shown.

Similar to Tai Z. Takara, Tigzon is extremely outgoing, selfish, trouble-maker but has a kind-hearted feeling with his friends, and allies.

Tigzon is a fire-type Zon spirit, which is highly skilled for his parkour, speed, and fighting combos. An excellent fighter and one that runs at high speeds, Tigzon has a unique gameplay style, utilizing fighting combo-esque skills to take down and smash apart enemies. Similar to Sega’s Sonic the Hedgehog, his high speed able to keep him running through loops and corkscrews. Aside from his speed, Tigzon can use fire to his advantage and can mix the two for some impressive attacks.

His trademark move is Fire Fist, which uses his fire to create a powerful punch to his enemies.

Tigzon first appeared as an ancient Zon spirit transformation of Tai Z. Takara, in which he uses a mysterious artifact, known as The Zon Code. Highly equipped with his acrobatic moves, speed, and fighting combos, he takes his action against the ANTIX Corporations, an underground organization which was planning to use “Zonantix” as mind-controlled weapons.

Tigzon made his first crossover appearance as an unlockable playable character in the Fantendo Smash Bros. Fatality. He can be unlocked by clearing 500 stocks via Donnybrook.

Disney vs. Fantendo: A Collision of Worlds!

Tigzon was set to appear as a starting fighter in the 2.5D crossover fighting game, Disney vs. Fantendo: A Collision of Worlds! His role in the game's story is currently unknown.

Tigzon (alongside with Tai Z. Takara) makes an appearance as a playable character in LEGO Fantendo (prototype name). His ha a LEGO Mini-Figure appearance which set in a parallel LEGO universe of the New Fantendoverse.

Tigzon makes his appearance as an unlockable playable character in a hoverboard-based racing/RPG game, Future Grinderz, also created by Sohnix. Unlike his series, his personality and appearances are very different and do not have his human form. His real name is Tomy Z. Tigzon but he call his nickname as "Tigzon the TigerStar." He is the leader of the Team TigerStar, with three members; Uppercut, B-Punch, and Suzi.

Tigzon and TigzonChuMon appear as Kingdom Cards in Fortresses of Light. Despite this small role, his card is powerful in that it can attack a whole deck from the bottom up, multiplying in power for each successful attack, which is determined by Tigzon's number needing to be bigger or equal to his opponent's number. TigzonChuMon's is a weaker, electrical variant of this that rapidly increases in power, tripling instead of Tigzon's original 2x multiplier, making him a lethal joke card. 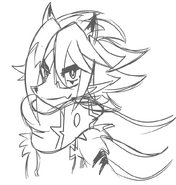 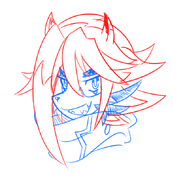 Tigzon the TigerStar's design choices (The best choice was B) 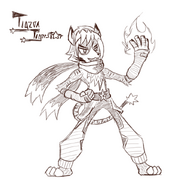 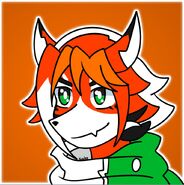 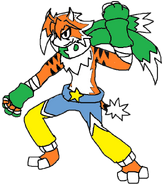