The Tigzon series is a series of games created by Sohnix as the company's flagship series. It chronicles the adventure of 17-year old teenager Tai Z. Takara, who stumbled upon a mysterious spiritual power known as the Zonamorph, as his power to transform into a mystical spirit named Tigzon the TigerStar. Highly skills for his flowmotion, speed, and fighting combos, he takes his action against the ANTIX Corporation, an underground organization who plans is to create and establish a personal and superior beast army while avoiding the Revolution Entity of Defense (or commonly known as R.E.D) 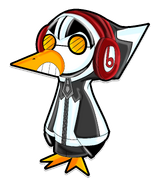 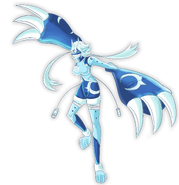 Rainn Midnight
Add a photo to this gallery

Retrieved from "https://fantendo.fandom.com/wiki/Tigzon_(series)?oldid=3196928"
Community content is available under CC-BY-SA unless otherwise noted.