Start a Wiki
Theodor is one of the main heroes in the TaBooki series. Before he met TaBooki, Theodor's family often made fun of him and told him he was the joke of the family. When TaBooki and Flynn entered his home and asked him for help, his family started laughing, saying it was a waste of time asking him, because he was useless. Theodor became really angry at his family. Eventually he left them and joined TaBooki to show his family he isn't a joke at all. In the adventure, Theodor seems a bit shy and somewhat sad. It is later revealed he felt like a joke again, but after TaBooki convinced him he wasn't, his confidence grew. He helps the crew by traveling with them and knows a lot of stuff about everything, just like Chester. He began to feel comfortable and eventually the trio became friends. Theodor is a shy, quiet but clever ant, who loves to read. He has a mysterious scar on his left side. No one knows what it means.

Theodor is a large, black ant. He has big eyes and two feelers, of which one is red for unknown reasons. He wears a red scarf, has thin, black arms and wears gloves. However, in his latest appearance, he has orange arms, like his legs. He sometimes wears blue (or red) shoes. He also has a mysterious scar on his left side, that sometimes glows...

Theodor is a shy and quiet ant. He likes to be in the background and is unsure about himself, and that's possibly the reason his family makes fun of him. However, one time, he got so mad, he decided to leave his family to proove he is brave by joining TaBooki. At his quest, he learns how to be brave and he got less shy. He loves to read books and he is very clever.

Interactions with Other Characters

Theodor really admires TaBooki. He thinks he's a true hero. Sometimes he tries to be like him, but always fails.

Theodor and Flynn are great pals, but also have a competive side. Theodor always has a great time being with Flynn, and the two often appear as a duo in games.

Theodor makes his debut in TaBooki: Growing Up. He is the third and last hero to unlock in Rock Rock Mountains. He often helps the crew out by telling them useful info from his books. Theodor is the most balanced character in the game, but is more technical than powerful.

Theodor is cofirmed to make his comeback in Fantendo Nightmare. More info is yet to come... 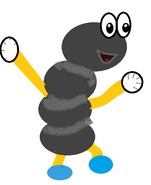 By JurpLuke
Add a photo to this gallery
Retrieved from "https://fantendo.fandom.com/wiki/Theodor?oldid=2029624"
Community content is available under CC-BY-SA unless otherwise noted.