Fantendo - Game Ideas & More
Register
Don't have an account?
Sign In
Advertisement
in: Free to use Characters, What is the New Fantendoverse?, Characters,
and 5 more

The Threat's Top 10 refers to the highest ranking members of The Threat's Forces, purposely created to destroy and kill. They are not impossible to kill (although it is unlikely any mortal could defeat them) and are considered deities in the Fantendoverse. They are unique in the sense that they do not have names and are seen as nothing but pawns to The Threat and other gods engaged in cosmic warfare.

The Threat's Top 10 have no names and The Threat does not see them as people but merely tools for destruction. As such, they do not have names beyond their order in the Top 10. As such, when one is killed, the ones below in ranking move up in order. An example of this is the current Seven, who was known as Ten before he killed and ate the former Seven, Eight, and Nine.

Any new mooks created for the Top 10 always begin at the 10 mark and work their way up if any of the higher ranking mooks are killed or are deemed weaker than the ones below. The Threat has been portrayed as uncaring and unsympathetic towards the murder of the the Top 10 by other members of the Top 10.

The Top 10 are completely loyal to The Threat and can not bring themselves to harm her through the programming in their brain.

None of the Top 10 have means to reproduce and are meant to kill anyone in their way, often having power-sets focused around physical and ranged options to take out a wide variety of enemies. The Top 10 have minds of their own which are not connected to any hive mind that The Threat has set up. This also allows them to learn emotions and have friendships which tend to end poorly due to the nature of the system. 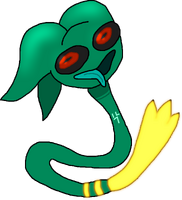 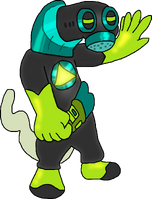