Start a Wiki
The Other is the third sibling to The Fan and The Enemy who is often regarded as a mysterious character. Although the character is gender fluid, they typically identify as male. They rule over The Wasteland as revealed in Fantendo Wasteland. They are also the true creator of the Beorns.

The Other is split into two shades of red for their body. One is darker, the other is lighter. In newer appearances, they wear a very torn up cloak that only goes past their shoulders and has antlers sticking out of it, with a diamond and sphere on both sides.

The Other's personality for the longest time was mostly shrouded in mystery, but they seem pretty nice and willing to help out Unten escape the Wasteland during Fantendo Smash Bros. Shattered.

The Other is revealed to be more of a preserver of justice, far more than The Fan who begun to resort to more morally questionable choices to counter The Threat. While somewhat of a self admitted coward, The Other does what they feel is right. They are somewhat isolationist and reclusive.

During Fantendo Smash Bros. Victory, it is revealed that The Other made The Fan and The Enemy forget about their existence almost entirely, moving their creations to an isolated dimension known as The Wasteland save for the Beorns, which were meant to counter The Fan and The Enemy in case they needed to be descended. As dialogue suggests, The Fan and The Enemy actually let Doomulus destroy the Beorns or possibly even orchestrated this attack, likely because they were a threat to their power.

Despite the Beorn snafu, they were interested in the creations after getting to know Unten. They created their own judges to fight The Threat, however these creations were sealed by The Other and made The Fan and The Enemy forget how to create creatures capable of Descension. The Other remained isolated from their brothers until the events of Victory, as they have begun the tracking down of Beorns and attempting to create their own in Beorn Hollows.

As of the ending of Days of Victory, The Other is currently the only major deity out of the original four gods in the New Fantendoverse to still have their powers. They also own all four User Crystals, keeping the other three locked away and out of reach. 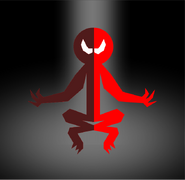 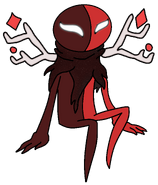 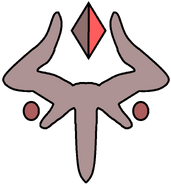 The Other's Symbol
Add a photo to this gallery
Retrieved from "https://fantendo.fandom.com/wiki/The_Other?oldid=3077678"
Community content is available under CC-BY-SA unless otherwise noted.