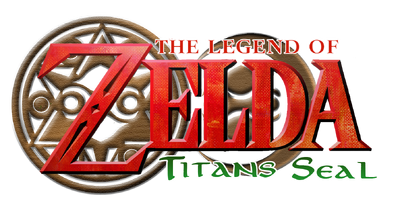 The Legend of Zelda: Titans Seal is the twentieth installment in the franchise, and the third installment on the Nintendo Switch, including original games and remakes. The game is set to be released in 2019 for all regions and is being developed by Amuza.

The story follows Link on a quest to save Hyrule from Ganondorf's successor, Cyn. According to legend, every hundred years a new Gerudo male is born. This new male has reignited the Gerudo power after being in hiding for a century. The Gerudo see themselves has having been unfairly treated, and so intend to have their former crimes wiped from history so they can overthrow the Hylian monarchy and run Hyrule democratically. 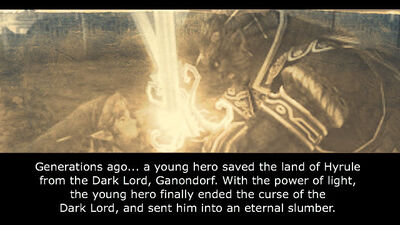 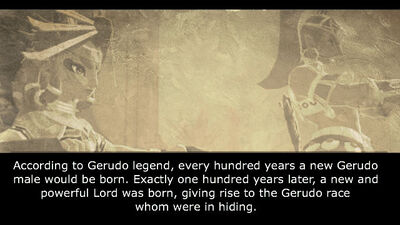 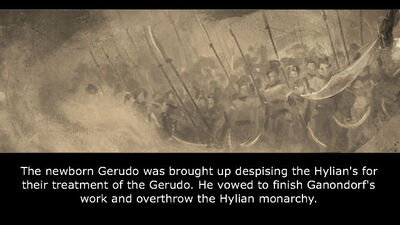 Hyrule is living through a hundred year Age of Light, uninterrupted by the forces of a dark evil. Princess Zelda and Impa arrive on the small Diyon Island by boat looking to find new warriors for the Hyrule Imperial Guard. However, unknown to the public, Zelda and Impa are actually looking across Hyrule for the reincarnation of the hero of the land. They run a training session for the Diyonian people, and soon find who they are looking for. Afterwards, Link is called upon to give an offering to Zelda as thanks for visiting the village.

Zelda opens up to Link about her true reasoning for coming to Diyon Island, and tells Link that he may be the hero of the land who can stop the rise of the Gerudo race and their leader, Cyn. Zelda and Impa take Link to the Hyrule mainland and he bids his friends farewell.

On the mainland, Impa takes Link to Monank Forest. Impa informs Link he will enter the forest and, if he truly is the chosen one, it will be revealed to him within the forest. As Link traverses through the forest, he comes across the Tree of Life. Link speaks to the spirit within the tree and learns about the foretold prophecy of a boy from the woods and a man from the desert. To save the land from Cyn, Link needs to awaken the Four Titans of Hyrule and harness their power to place an indestructible seal on Cyn. Before Link leaves, the spirit within the tree awakens one of the strange sculptures etched into it's side. The creature introduces herself as Oolla and joins Link on his quest.

Call of the Titans

Impa greets Oolla and Link as he returns from the woods. Impa and Link ride to Hyrule Castle, and along the way are ambushed by a tribe of Moblins. After defeating them and arriving at Hyrule Castle, Zelda tells Link of the Titan's Seal. Zelda wishes to encase Cyn within the seal, trapping the spirit of Ganondorf and making his rebirth impossible. Zelda hands Link the Golden Chrysalis and teaches him the 'Royal Tune'. The location of the Titan's spirits and the Titan's Sanctuary, their homeplace, has been lost, with the tune being the only remaining relic passed down. Zelda asks Link to please find the Titan's Sanctuary and revive the dead Titans to save Hyrule.  With no clues as to the Titan's Sanctuary whereabouts, Link ventures off into Hyrule to search for clues.

End of a Generation

The game plays very similar to previous The Legend of Zelda titles, mixing puzzles, action, adventure, battlling, and exploration. The player traverses a large overworld completing missions and exploring dungeons across the world to further the story. The game takes pages from Breath of the Wild's open world exploring, and features a similar overworld to the aforementioned game.

The Golden Chrysalis is an instrument within the game that can play numerous songs that can affect the world. It is modelled after the chrysalis instrument, and is a handheld version of it featuring a spinning wheel with strings that are attached to an inner circle. Many of the soundtracks songs predominately feature a chrysalis playing the melody.

The player also collects a number of items from dungeons. Each item can help solve puzzles and get the player through the story. Unlike previous installments, items are capitialized on throughout majority of the game rather than being stuck to a single dungeon. Items are also able to be used simultaneously or merged together to create a new purpose similar to the Bomb Arrows from Twilight Princess. For example, the player can combine the Bombs and the Slingshot to sling bombs into far off places.

One of the game's new mechanics takes form of Link's new partner, Oolla. A member of the Oocca race, Oolla was one of the etchings made into the Tree of Life. The spirit within the Tree of Life revived Oolla and gave her the task of helping Link on his journey.

Oolla follows Link around by flying over head. She is very intelligent, knowing the history of all of Hyrule, allowing her to help inform Link on the many different areas he explores.

At any time, the player can switch to Oolla's top-down field of view in the sky. In this state, the player can fly above the ground and perform many functions. Oolla's abilities play a heavy role in puzzle-solving throughout the game. Some of her abilities include going to areas inaccessible by Link, picking up items that are out of reach and passing by enemies undetected. Oolla can also warp Link any around Hyrule and out of dungeons.

Dungeons are large structures in which the character has to traverse through to progress the story. A dungeon mainly consists of puzzle-solving but there are also treasures to collect, enemies to overcome, and a piece of equipment that Link can use throughout the game.

Typically at the end of a temple is a prized item that the hero needs, or a Titan that the hero needs to awaken to form the titular Titans Seal that will be used to lock Cyn away for good. Sometimes, the purpose of a dungeon is different, such as the Gerudo Keep which is designed to be completed so that the Gerudo Forces will be weakened.

Similar to Breath of the Wild, all dungeons are accessible from the start of the game except for the Titan Dungeons, which requires the Four's Fortress to be completed before the four Titan reviving temples can be accessed. However, the Titan's Sanctuary can be accessed from the beginning of the game.

The list of Mission Dungeons in the game are as follows.

On the canonical timeline, The Legend of Zelda: Titans Seal takes place on the Child Era, exactly one hundred years after Twilight Princess when Ganondorf was executed by the Hero of Light.

The Gerudo legend foretold that every hundred years, a Gerudo male would be born. Cyn is the next Gerudo male after Ganondorf. Over the last hundred years, the Gerudo tribe went into hiding and left Hyrule to rebuild their faction and live a simpler life. Cyn has since reignited the Gerudo power and sent them on a mission to overthrow the Hylian monarchy.

Many changes in Hyrule have occured since Twilight Princess. Most notably, the abundance of new structures in the kingdom. During the hundred year Age of Light, there were no major threats or wars in Hyrule, meaning the people were quickly advancing as a species in technology and architecture. This lead to a plethora of new villages and buildings that were soon abandoned for even newer structures.

Many instances of evolution between Twilight Princess can be seen throughout the game. For example, the monkey race residing in Faron Woods have evolved into intelligent beings known as the Monank and formed their own forest, Monank Forest. The Deku, long thought to have gone extinct, return to the surface of Hyrule after having living underground for centuries to avoid evil. As such, they have become far less agressive creatures that uses their words to try and manipulate others.

There are also many references to Four Swords Adventures which canonically took place after Twilight Princess but before Titans Seal. For example the Seven Maiden side-quest which opens up the Sword Sanctuary introduces the Maiden's and implied Four Sword Sanctuary in the form of The Sanctuary.

All of the game's side-mission are delivered as folklore. In general, there is a common myth that has been spread by people, but doesn't have a clear answer. The player then can investigate into the myth to get to the bottom of it. For example, one of Eldin's folklore is known as 'The Moblin Quarry'. An abandoned quarry has become overrun by Moblin's for some reason. To complete this side-mission, the player must kill The Moblin King and all the Moblin's of the quarry, to discover that the quarry has an entrance into the Goron Mines accessible by the Moblins, in which the entrances are typically guarded by Gorons. This access point has allowed them to gather gems and sell them for riches.

Listed below are the game's folklores;

Retrieved from "https://fantendo.fandom.com/wiki/The_Legend_of_Zelda:_Titans_Seal?oldid=3168183"
Community content is available under CC-BY-SA unless otherwise noted.