In 2017, Nintendo released The Legend of Zelda: Breath of the Wild as a launch title for the Nintendo Switch. It received critical acclaim from almost all reviewers for its pioneering open-world structure, but attracted some criticism for its lack of traditional dungeons and weapon durability system.

At the end of Nintendo's 2019 E3 direct, Nintendo showed a short trailer for a yet-unnamed sequel to The Legend of Zelda: Breath of the Wild. The trailer showed Link and Zelda exploring in a dark cave, until what appeared to be Ganondorf's corpse awoken from a seal placed by a mysterious green hand, which then fused to Link's hand. This fuelled speculation on what the glowing green hand was and whose corpse it was. Nintendo later confirmed that the sequel was being produced due to the developemnt team having too many ideas for DLC.

In the following text, the abbreviation AC stands for (years) After Calamity.

After the events of The Legend of Zelda: Breath of the Wild and the defeat of Calamity Ganon, Hyrule underwent a renaissance. The decontamination of Central Hyrule allowed for the resettlement of Castle Town and the conversion of the Hyrule Field into farmland. The reverse-engineering of ancient technology spurred further scientific discoveries. Hyrule has came to peace with the formerly warlike Kamikari Khanate to the west

On the 30th anniversary of Calamity Ganon's defeat, Link, Zelda, and the Champions' successors gathered at the newly-rebuilt Sacred Ground

As a last refuge, Zelda sealed herself inside Link's Spirit Hand. 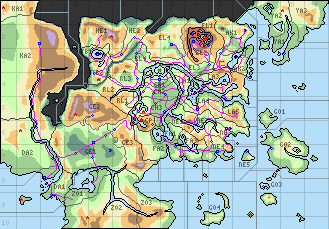 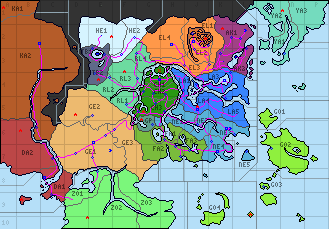 Fortress of the Bokoblin King

The Legend of Zelda: The Shadow King employes a plethora of equipment, found in various places: in dungeons, placed in the overworld, sold in stores, wielded by enemies, and in other places.

Melee weapons are wielded with the Y button and thrown with the R button. They can be forged and tempered at blacksmiths throughout Hyrule.

Ranged weapons are aimed and fired with the ZR button.

Items return from previous Zelda games. Most items are given to you in dungeons, but some are acquired through different means. They can be used via means of the L button. 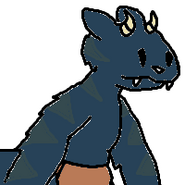 Art of a Kamikari by CrakaboLazy4090.
Add a photo to this gallery

Retrieved from "https://fantendo.fandom.com/wiki/The_Legend_of_Zelda:_The_Shadow_King?oldid=3289362"
Community content is available under CC-BY-SA unless otherwise noted.