The Groo appears as a secret Eidolon in the game. You must enter a secret room in the Dwarven Kingdom and he will attack you, and after you beat him you can summon him. 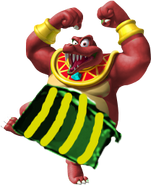 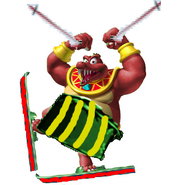 Add a photo to this gallery
Retrieved from "https://fantendo.fandom.com/wiki/The_Groo?oldid=890217"
Community content is available under CC-BY-SA unless otherwise noted.