The Superball Flower is a power-up that debuted in Super Mario Land, replacing the Fire Flower from previous games. It resembles a Fire Flower or Ice Flower, but is black and white in color. Upon collecting it, Mario will transform into Superball Mario, allowing him to throw Superballs that bounce off of walls and surfaces at 90-degree angles to defeat enemies.

After three decades of absence, the Superball Flower returns in Super Mario Maker 2 as a power-up that can be placed in levels in the Super Mario Bros. style. While in the form, the ground theme from Super Mario Land will play in the background.

Superball Flowers appear as items in Super Smash Bros. Endgame. It makes the user shoot superballs that bounce of walls. Most of them appear in the stage, Mario Land where they are found in blocks. Superball Flowers are also called Sphere Flowers sometimes.

Superball Flowers appear in Mario Kart: Infinity Remix as items that can be obtained mainly in the middle positions. Similar to the Fire Flower, the Superball Flower allows the user to throw Superballs. However, Superballs will fly left or right of the direction they are aimed in, and will bounce off of walls in 90-degree angles. They can also hit multiple racers before disappearing. Up to two Superballs can be at play at once.

The Superball Flower is a new item in Mario Kart: Circuit Madness. It allows players to shoot superballs that can hit other players. As in Super Mario Land, the player can only have one superball on the screen at a time, as firing a second one will cause the current one to disappear. The Superball Flower will disappear ten seconds after the first superball is used or when ten fireballs are thrown. It is one of three items that is introduced in this game but does not make another appearance in later games, the other two being the P-Balloon and the Spring Mushroom.

Superball Flowers reappear as a major element in Super Mario Maker Chi, as it and other flowers can be used to create variants of Thwomps and Hammer Bro.s, as well as other enemies with elemental variants. It can also be used as a power-up for the player. 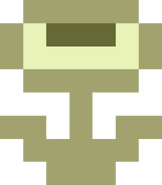 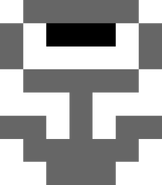 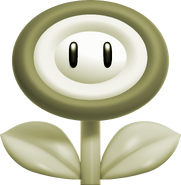 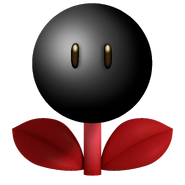 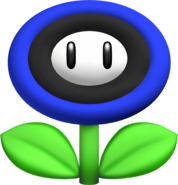 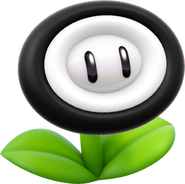 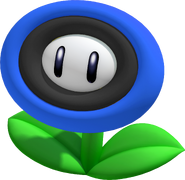 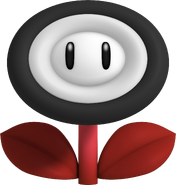 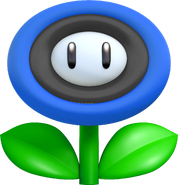