This game is edited by The J-Pop Team (Talk).
Please edit, Thank You.

Super Star Toad is an upcoming game project by YeeMeYee Studios and Raindrop Studios. It stars Toad and his friends, in a different way than the Super Mario series. It features different modes such as Story Mode, Hide-and-Seek Toad Mode and Battle Mode. The game will have the features to change the screen while gaming, like that what was shown in Super Paper Mario. So the players can switch their screen from 2D to 3D perspective. This only happens for 10 seconds, only after hitting a 3D block.

Super Star Toad is a platformer game, starring Toad, Toadette, Blue Toad and Yellow Toad as the playable characters. All the characters play exactly the same, and are only like a "palette-swap" of Toad, to make the game the same for all players. (A new option to change the look of your Toad, like colors and expressions will be added when the game is finished).

In the story mode of the game, the player should play through different worlds in order to get to Bowser's Castle and stop Bowser from breaking down Toad Town and abducting its inhabitants. The gameplay of this mode it quite similar to Super Mario Bros. games.

In this mode the player is able to play hide-and-seek with all the Toads. They will hide at any place on the current area and the player needs to find them. For each Toad that the player finds, they'll get 10 coins.

In the battle mode the player will be able to battle with the Toads. There are special made levels for this mode that are similar to the levels of Mario Bros. When the player plays this mode, the items that appear in Story mode appear randomly through the screen and have the effect they have in Story Mode. Also, when playing in this mode, the Starman also appears as item, making the player invincible for a while. The Love Flower makes an appearance in this mode too, making other players unable to attack the player who threw a Loveball at them.

These are Power-Ups that are found in Boxes in the game. Every Power-Up is required to get past certain places in levels. 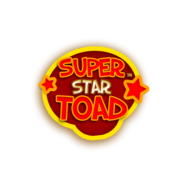