Super Smash Bros. by GoopyLad's gameplay is basically the same as Smash Bros. Ultimate, keeping the "Everyone is Here" theme, as well as gameplay mechanics like Spirits.

Classic mode basically is the same as in Super Smash Bros. Ultimate, with each character getting a unique classic route based on the character.

By beating Classic Mode at 5.0 intensity or higher, each character can get an unlockable accessory for use in any mode outside of online modes. These can be all kinds of things, from simple appearance changes to completely changed moves.

Note: If I need to move this to a subpage to avoid problems with lists, please let me know and I will.

Like in Super Smash Bros. Ultimate, by preordering the game, you can get a free DLC fighter. 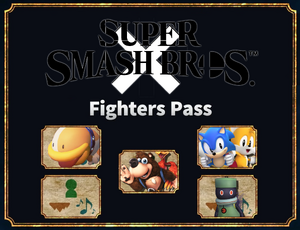 After the Fighter's Pass' release, a second one was announced to bring 3 DLC Characters instead of the 5 that the first one brought.

Long after the second Fighter's Pass, when everyone thought it was over... One more thing was announced. One more fighter. 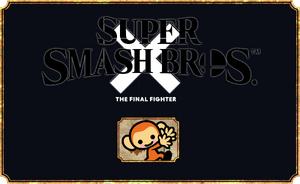 Most veterans retain their movesets from Smash Ultimate, and echoes are basically the same as their origin fighters.

More changes will be added in the future.

The items section is TBA.

Retrieved from "https://fantendo.fandom.com/wiki/Super_Smash_Bros._by_GoopyLad_(Working_Title)?oldid=2921449"
Community content is available under CC-BY-SA unless otherwise noted.