View source
Disclaimer: You are free to utilize the source code of this article for your own project, no credit necessary.

Devil May Cry is an action game with an emphasis on style. The game rewards players for stringing together a series of attacks that uses the most variety of moves as possible and to do this, the player can utilize a variety of weapons. At the start, the player often begins with just a sword and a gun, but the player can gain additional weapons upon defeating bosses, these weapons are called Devil Arms, increasing the amount of moves the main protagonist are able to perform. Another emphasis of Devil May Cry is the player's ability to multitask and be capable of taking on multiple threats at once. These factors contribute to Devil May Cry's often touted high difficulty, as the learning curve is difficult for first time players.

The game keeps track of the player's style with a ranking system. The initial rank is D and as the player continues to perform their combo well without taking damage or without large intervals between moves, the rank continues increasing, with the maximum rank being SSS. In Devil May Cry 5, getting a high rank adds lyrics to the background battle music. The player is also rewarded with Red Orbs with high ranks, which serves as currency in Devil May Cry, allowing players to buy new moves or upgrade existing ones.

The game is structured in the form of missions, in which players must fight through arenas of enemies with short puzzle or platforming sequences in between, in a structure reminscent of classic beat-'em-ups when it comes to linearity. Often times there are hidden goodies in the levels which provides the players with useful rewards, such as orbs that can increase the player's maximum health. However, sometimes the player's need to go through a short challenge known as Secret Mission in order to reap the reward.

The series is also known for the personality of its main character. Dante was designed by Kamiya to be a character who was effortlessly cool, who wouldn't need to smoke, swear or be degrading towards his allies. As such, Dante is a snarky but good-willing character who likes to taunt his opponents with jokes and gags. Taunting is also a major part of the stylish combat system, as the player can taunt at any time which doing so during a combo increases, the style rank a short amount.

Although the story telling wasn't the series focus with its first two installments, the series started to have a story focus starting with Devil May Cry 3: Dante's Awakening, exploring the character's personalities, amibitions and actions. Other major characters in the series besides Dante includes Vergil, his twin brother with an obssession to become stronger; Lady, a human demon hunter tormented by an abusive father and Nero, Vergil's estranged son who is adopted by a religious family.

The series name, Devil May Cry, is a reference to the in-universe workplace of Dante. The origin of the name comes in Devil May Cry 3, where Lady, taliking to Dante after the latter is forced to leave behind his brother in a hostile envoirnment, says "I see. Maybe somewhere out there even a devil may cry when he loses a loved one. Don't you think?". Perhaps the title of the series represents the thesis for the whole franchise, applying a human emotion to a non-human being symbolizing that human feelings such as empathy or sadness are universal and are not meant to be shunned but instead accepted as a representation that no one is perfect. After all, even a devil may cry.

as part of fighter pack ???...
Dante joins the battle!

The Legendary Demon Hunter Dante is added as a playable character, labelled as fighter number #??. His default design is based on his appearance on Devil May Cry 3: Dante's Awakening, but he has alternate costumes based on his appearances in other mainline games. He is voiced by Reuben Langdon, reprising his role from the main series, although his voice clips are reused from Devil May Cry 5. Dante is the second character voiced by Reuben in Ultimate, having previously voiced Street Fighter's Ken.

Dante is a middleweight fighter with a tremendous close range game, excelling when fighting opponents face-to-face. However, Dante's long range game is weak without much options to defeat opponents from afar, requiring Dante to rush towards his opponents in order to utilize his strongest killset to guarantee the knockout. Dante is a stylish fighter, with fast moves fit to rack up damage and strong strikes to finish the ordeal, however Dante needs to rely on his Fighter Ability, the Style Rank, in order to be a threat, as his attacks don't naturally deal a decent amount of damage in order to be lethal, at least in comparison to other fighters.

As previously mentioned, Dante is a middleweight. He is quick on the ground, his initial dash is exceptionally fast, close to Mewtwo's and he has a good run speed, comparable to Chrom's/Roy's, which allows him to quickly get out of difficult situations. His walk speed is average and his air speed is decent on par with Wario's. Like in his home series, when dealing with a singular opponent it is better to run towards them and take them to the air where Dante holds an advantage over almost every character. However, this requires the player to properly be able to set up an air launcher, with a gameplan this linear, it is possible for opponents to bait out Dante if they are able to strike him with short but fast moves, such as Pikachu's Down B. 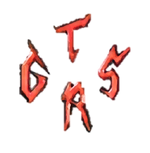 Dante has exceptionally fast neutral attacks, allowing him to quickly rack up damage, which is useful as it ties in with Dante's Fighter Ability, Style Rank. As the player performs successful strikes with Dante, he gains a rank which appears over his icon on the HUD. By performing succesful additional attacks without getting hit or without having a large interval between them, Dante's rank will increase and as his Rank increases, the more damage he starts dishing out. Below are the damage multipliers for Dante, depending on his rank:

Dante will immediately lose his current Rank upon being hit or if he is unable to follow up with another attack in a short interval. With his fast neutrals, a smart player can utilize them for their advantage to rack up a high rank and finish off the opponent with a strong strike, although retalliation can end this plan. Dante has a very small amount of long range attacks and unable to stand off against fighters with strong projectiles moves putting Dante at a significant disadvantage. Without methods to countering the projectiles, its for the best for the player to simply manuever around them.

Overall, Dante is a fast character who won't have trouble manuevering his way around the stage. He has access to a strong toolbox, allowing Dante to adapt to any situation. However, Dante will have problems with fighters that can outrun him or characters who can be nuisance from a distance, his over-reliance on close combat can be baited out with smart planning and while he has different options face-to-face against an opponent, approaching one can be difficult depending on circumstances.

Additionally, Dante also has taunts. Dante's taunts are different in that they are affected by the Style Rank. Depending on which rank Dante is, the taunt differs. Taunts also help to increase Dante's Rank, performing one after an attack will help boost Dante to the next Rank.

The Demon Tower Temen-ni-gru is a stage that comes bundled with the Fighter Pack #X. In the context of the Devil May Cry series, it is an unholy monument worshipped by devils, originally sealed by the former demon king Sparda but ressurected by Vergil during Devil May Cry 3. The stage consists of a circular arena on the center that moves upwards towards the apex, stopping between floors before moving again.

Each floor of the Temen-ni-gru is a reference to the events of Devil May Cry 3. The initial floor is the Ice Guardian's Chamber, where the players can get a glimpse of Cerberus chained in the background. Sometimes, it can roar and freeze the floor, freezing any opponent currently on the ground at the moment of the roar.

The second floor is The Divine Library, where six Damned Chessmen appear sleeping in the background. They will wake up and float towards the stage, trying to attack any opponent near them. After a while they will float back to the background where two other Damned Chessmen will wake up and repeat the routine. Once all six Chessmen have done their routine, the floor will rise again.

The fourth and penultimate floor is the Pitch-black Void and unlike the other floors, there are no hazards. Instead as the name implies, everything is pitch-black instead for fighters who are shown as silhouettes. This is the briefest floor, the floor will rise again after a short period of time.

The fifth and final floor is the Apex. There are no hazards or gimmicks on this floor. Vergil and Arkham make cameos on this floor, watching the battle from a distance. After a decent period of time, the floor will go straight back down to the first one, starting the loop once again.

In the hazard-less variant, the stage starts at the Apex and never leaves.

new challenges arrive!
Spirit Battles
a selection from through out the series
New Music

In addition, a short instrumental version of Devils Never Cry from Devil May Cry 3 is utilized as Dante's victory theme.