Super Smash Bros. Ultimate x DOOM would have been the name of the collaboration between Sora Ltd's crossover fighting game and id Software's first-person shooter series. As part of the Super Smash Bros. Ultimate Fighter Pass, content from DOOM would appear in the game in the form of paid downloadable content, including the series' protagonist, the Doom Slayer as an additional playable character, Hell on Earth from DOOM Eternal as a stage, music from the series and additional spirits. Conversely, content in DOOM Eternal would be unlocked through Challenger Pack 11 via a Bethesda.net account.* 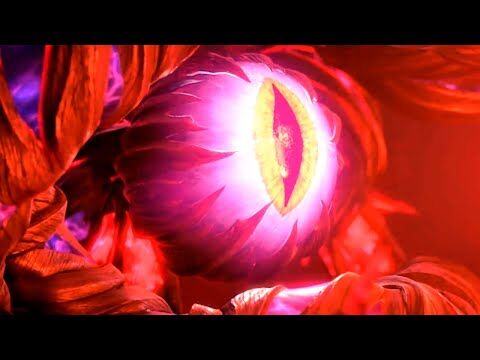 The DOOM franchise is a series of first-person shooter video games developed by id Software, and related novels, comics, board games, and major film adaptation. The series focuses on the exploits of an unnamed space marine operating under the auspices of the Union Aerospace Corporation (UAC), who fights hordes of demons and the undead.

The original DOOM is a first-person shooter presented with early 3D graphics. The player controls an unnamed space marine — later nicknamed the Doomguy by fans and ultimately named the Doom Slayer — through a series of levels set in military bases on the moons of Mars and in Hell. To finish a level, the player must traverse through the area to reach a marked exit room. Levels are grouped together into named episodes, with the final level focusing on a boss fight with a particularly difficult enemy. While the levels are presented in a 3D perspective, the enemies and objects are instead 2D sprites presented from several set viewing angles, a technique sometimes referred to as 2.5D graphics. Levels are often labyrinthine, and a full screen automap is available which shows the areas explored to that point.

According to id Software, the key principles of the franchise's 2016 reboot are "badass demons, big f*ckin' guns, and moving really fast". The game allows players to perform movements such as double jumps and ledge climbs throughout levels of industrial and corporate fields of a Union Aerospace Corporation (UAC) research facility on Mars and then levels of Hell, as the combat system puts emphasis upon momentum and speed. The approach is known as "push-forward combat", which discourages players from taking cover behind obstacles or resting to regain health while playing from the Doom Slayer's perspective. Players instead collect health and armor pick-ups by killing enemies. "Glory Kills" is a newly-introduced melee execution system; when enough damage has been dealt to an enemy, the game will highlight it and allow the player to perform a quick and violent melee takedown, rewarding the player with small health recovery.

In DOOM Eternal, players once again take on the role of the Doom Slayer. The game continues the 2016 reboot's emphasis on "push-forward" combat, encouraging the player to aggressively engage enemies in order to acquire health, ammo, and armor. The player has access to various firearms, such as the combat shotgun, Super Shotgun, heavy cannon, rocket launcher, plasma rifle, chaingun, BFG 9000, and Ballista. Melee weapons such as a chainsaw, the Crucible energy sword and a retractable arm-blade, known as the Doomblade, can also be used. In addition, DOOM Eternal: The Ancient Gods Part Two adds an energy hammer known as the Hellbreaker, which stuns all enemies within a certain radius.

Before the 2016 reboot, the Slayer was often referred to in the fan community as the Doomguy. However, whilst id Software chose a somewhat generic, male pictorial representation of the Marine for the box art, as well as gameplay purposes (damage feedback, story transitions), the true identity of the Doom Slayer was meant to be the player themselves and so these depictions should only be considered illustrative. Former id Software level designer John Romero has been quoted as stating, "...the marine ...it's supposed to be YOU [the player]". Contrary to previous incarnations, the 2016 reboot's Slayer is more vaguely characterized: he is never seen nor heard other than from the first person, and other than gameplay at the beginning of the game that shows him having a Caucasian skin color and the muscular masculine suit seen in the introduction, practically no details are revealed. However, the Slayer's eyes and nose can be made out through the visor of his helmet on the game's box art, the 3D model viewer, and his Quake Champions appearance. It has been also noted for its visibly irreverent tone conveyed by its hand gestures, fist bumping a small Doomguy figurine, and a late-game moment where the Slayer decides to make a backup of a friendly AI (VEGA) rather than erasing it.

DOOM Eternal is far more specific about the Slayer's characterization relative to the previous episode: he is seen without a helmet in first-person, and for the first time in the series' history, he also speaks, voiced by Matthew Waterson. The Ancient Gods Part Two takes this even further when Doomguy removes his helmet in the final cutscene, the first time his face is fully shown in official DOOM media; this does not include the "Helmetless Slayer" mod created by well-known DOOM modder "proteh." According to the character description, he is 6'9" (203.2 cm) and weighs 360 lbs. (163.293 kg). He also follows the streak for irreverence: a room in his Fortress of Doom is filled with comic books, collectible figurines, guitars and a gaming computer.

As part of the Challenger Pack, the following content would have been added to Super Smash Bros. Ultimate.

The rage-fueled, demon-killing Doom Slayer would have added as a playable character, labelled as fighter number #83. His default design would be based on his appearance on DOOM Eternal, but he'd have alternate costumes based on his appearances in other mainline games. The Slayer would be voiced once again by Jason Kelley. Mike Dopud would reprise his role as the classic Doom Marine, having recorded new voice clips while reusing almost all voice clips from the original DOOM game.

The Doom Slayer would be a surprisingly light fighter with a tremendous speed and range game, excelling when fighting opponents with guns. However, the Slayer's close range game would be weak without much options to defeat opponents nearby, requiring the Slayer to rush from his opponents in order to utilize his strongest killset to guarantee the knockout. The Slayer would be a menacing fighter, with fast but hard-hitting moves fit to (figuratively) rip and tear through opponents, however he'd need to rely on his Fighter Ability, the Ammo Count, as many of his moves would rely on it. Should his Ammo ever run out, he'd have to rely solely on hand-to-hand combat.

As previously mentioned, the Slayer would be a middleweight. He'd be rather quick on the ground, and his initial dash would be exceptionally fast, close to Mewtwo's, and he'd have a good run speed, comparable to Mario's, which would allow him to quickly get out of difficult situations. His walk speed would be slow, but his air speed would be impressive on par with Roy's. Like in his home series, when dealing with literally anything it would be better to just go all-out. However, opponents with fast moves such as grappling hooks (Joker, Byleth, etc.) could easily be a match for him.

The Slayer would have exceptionally deadly smash attacks, allowing him to quickly rack up damage, which is useful as it would tie in with his first Fighter Ability, Ammo Count. Every time the player took damage or deals physical damage, his rage would take the form of new ammunition. His second gimmick would be Weapon Select, allowing him to change his neutral special at will.

Overall, the Doom Slayer would a quick and strong character who wouldn't have trouble bringing hell upon the stage. He'd have access to a strong toolbox, allowing him to adapt to any situation. However, the Slayer would have problems with fighters that could outrun and outwit him, his over-reliance on offense and speed could be baited out with smart planning and while he'd have different options face-to-face against an opponent, approaching one could be difficult depending on circumstances.

Hell on Earth is a moving stage inspired by the many levels of DOOM Eternal. In the normal version, the stages are almost immediately overrun with demons of increasingly varying sorts. The stage has nine phases that all appear as levels in DOOM Eternal, as a subtle references to the Nine Circles of Hell. See below for each phase.

In the hazard-less variant, the stage remains at the first phase without leaving and has no demons on the stage. Even then, the bottom of the stage is still replaced with lava.

The (outdated) presentation thumbnail for the Doom Slayer.

The roster mural, as of the Doom Slayer's inclusion.
FIGHTERS PASS 2 GUIDE