Super Smash Brothers Ultimate Fighters (also know as スーパースマッシュブラザーズアルティメットファイターズ in Japanese and Super Smash Bros. Luchadores Definitivos in Spanish) is an upcoming fighting game for currently unnamed Thorn Industries Console in the Super Smash Bros. franchise. After the 21st anniversary of SSB64 Nintendo gave rights for Smash to have spin-offs made by other companies. The game is one of the many sequels to Super Smash Bros. Ultimate. There will be over two hundred characters and stages.

Main Article Wikipedia:Super Smash Bros.#Gameplay
Working Section
SSBUF is like the other smash bros games in where you have to knock your opponents off screen by racking up percentage or until they fall towards doom. Items also spawn if turned to help turn the tide of battle. Plus stages have hazards that can be dangerous. 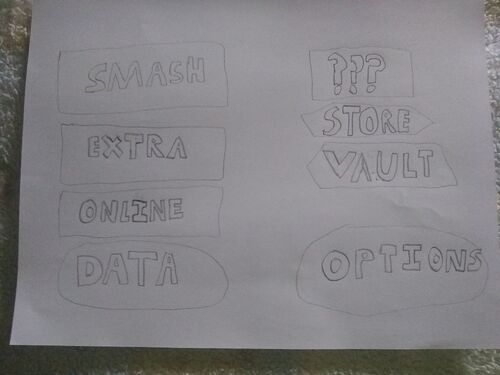 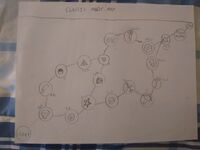 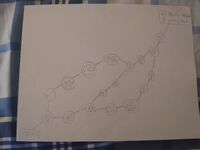 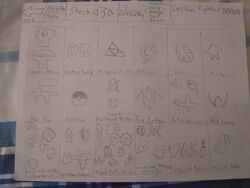 Records, Replays, and Save Data will be stored here.

Controls, Sound, or Quality can be changed here.

All kinds of stuff are in here. (vault key required)

Here you can purchase songs, stages, or characters with in-game currency (smash bucks and coins) or DLC with real currency.

There are about (i haven't counted) 220 characters and 240 stages. (about 120 stages currently thought of.) 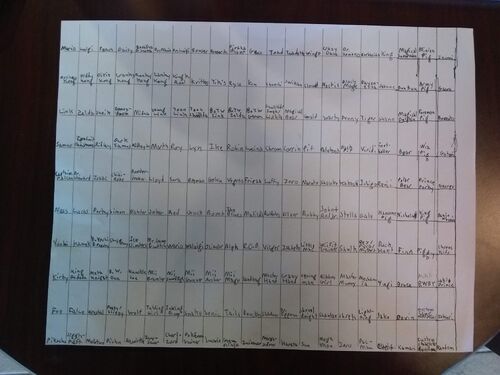 Additionally there are many pallet swaps for different characters.

Every character has a home stage (except for Toad & Toadette and Toon Shielda, who share a home stage) for their respective universe. Plus there are 10 special stages.
Main article super smash bros. ultimate fighters/stages

All items from previous games will return!

Main Artlice Super Smash Bros. Ultimate Fighters/Music
There will be a lot of Music in SSBUF include new, old, remix, original, and complete made up music.
Note:At first each stage will only have a standard and alternate songs (being one of each) then you unlock more songs (since SSBU had you unlock almost everyone SSBUF will have you unlock most every song.) Also like Ultimate songs are shared within a Universe.

Retrieved from "https://fantendo.fandom.com/wiki/Super_Smash_Bros._Ultimate_Fighters?oldid=3292428"
Community content is available under CC-BY-SA unless otherwise noted.