Mario and Sonic are fighting each others in practice battle. Before the practice is over, Mario and Sonic sense the presences of the six new fighters at the behind, black sihouette. The sihouette one, revealed herself to be Neena is about to fight. The Smash Bros logo appears on the Original Six. The black fades before the Dolphin Gun is ready to shot, implying to be Saki Amamiya.

In the beginning scene, Lucina and Sonic was attacked by Rathalos. Lucina grips her sword to slash Rathalos, but it bash her as Sonic used his Spin Dash to strike it down. Rathalos roars at Sonic and grab him as he tries to let go. As Rathalos is about to take down Lucina and Sonic, the violet shadowy dragon appears on the rocky landscape and jumps to Rathalos to save the two fighters. Lucina and Sonic see the violet shadowy dragon, revealed to be Gore Magala as it roar and the Splash Art appears (Gore Magala: The Monster of Frenzy). The gameplay of Gore Magala will start. Rathalos attack the Gore Magala, but the another monster with the fiery tail rushes toward to the Rathalos and slash its tail. Rathalos roar painfully and see the another monster which is the Brute Wyvern, Glavenus. Glavenus roars in triumph as the Splash Art appears (Glavenus: The Brute Crusher). The gameplay of Glavenus will start like Gore Magala. Gore Magala joining Lucina and Sonic while Glavenus prepare to its final attack then Rathalos roars at the four fighters as the scene fades to black.

The Ghost is On

The scene where the shrine was visited by the girl with the camera named Yuri Kozukata. This scene was actually the gameplay of Maiden of the Black Water before Yuri heard someone's scream. The scream that Yuri heard is Luigi who was very scared by the horde of female ghosts called Guardians. An scared Luigi used his new Poltergust to trap the Guardians only one Guardian caught him. Luigi struggles against the Guardian before Yuri used her Obscura Camera to damage the Guardian and save Luigi. Luigi see Yuri and say "Are you okay?" which the splash art appears. The gameplay of Yuri Kozukata will start. When Yur's gameplay was finished, Yuri and Luigi sense the presence of the powerful malicious spirit, Ouse appears as the scene fades.

The scene where the mysterious female agent attacking the Bowser and King K. Rool which she revealed herself to be Ada Wong as the splash art appears. When Ada defeats both Bowser and K. Rool, she sense the presence of the new foe, revealing the another Ada only have different clothes. She talks to the another Ada, revealed her name, Carla. Carla pointed the gun at her as the splash art appears. The gameplay of Ada and Carla will start. As the gameplay was finished, Ada and Carla facing each others while Ridley have a chance to strike before both of them preparing for battle as the scene fades.

The scene where Robin, Chrom and Lucina manage to defeat Captain Falcon... but the mysterious person appears and revealed herself to be the another, and female version of Robin. She tells them that they defeating their opponent, but it was not done yet as she prepare to Hell Thunder on Chrom before Lucina block her attack. Lucina glares at the another Robin who reveals to be Grima in Robin's body from the future just like Lucina then the splash art appears with the say "Time to go to the Netherworld... of Hell!". The gameplay of Grima will start. When Grima's gameplay was finished, Grima quickly sense her another opponent has arrived, her another opponent revealed to be Aya from Onechanbara series as the scene fades.

The scene where the Skylands that the Skylanders are live there, in the battle training ground, the evil Portal Master named Kaos walked toward to the battlefield training ground. Kaos says "Attention Smash viewers, it is I... KAOS will join for SMASH!!" as the splash art by using his dark lightning attack. The gameplay of Kaos will start. As the gameplay finishes, Kaos' dark lightning attack blast the target woods only blast that is not a target... but someone's umbrella. The figure revealed to be a girl with the hat, holding her umbrella and Kaos walked to the girl with the hat. As Kaos continues to mock the girl with the hat, she used the Time Piece to stop time and strike Kaos down, shocking Kaos alot. Kaos realize that one girl who used the Time Piece is the Hat Kid as the splash art appears. The gameplay will start. As the gameplay finishes, Kaos become amazed and two fighters happily greet each others as the giant shadow approaches as Kaos and Hat Kid see the giant shadow that the unknown enemy has arrived as the scene fade. As the scene fades in the second, the two fighters sense the extremely frightening presences.

The Yo-Kai on Sight

The scene where Mario and the three fighters (Pyra, Ridley, and Sonic) are nearly beaten by Dame Demona. Just then in the moment that Dame Demona is ready to finish off, the boy who wears the Yo-Kai Watch summons the red cat called Jibanyan. He punches toward Dame Demona with Paws of Fury and she see the boy with the Yo-Kai Watch named Nathan Adams as the splash art appears. The gameplay of Nathan was start as the girl with the another Yo-Kai Watch, Katie Forester with her Thornyan. The two Yo-Kai Watch wielders joined forces with Mario and the three fighters to face off against Dame Demona. However, the new evil arises with the woman with her red eyes, implying to be Devil Kazumi as Heihachi, having survived in the battle against Kazuya woke up that Devil Kazumi has returned.

This game has a permanent decision option in the beginning the game to choose whenever you choose Sunburst Version or Moonlight Version. This option cannot changed to another version once you chose one version.

Main article: Super Smash Bros. Sunburst and Moonlight Version/Spirits List
Spirits are also returned due to increasing the universes and no longer have Trophies.

Main article: Super Smash Bros. Sunburst and Moonlight Version/Adventure Mode: World Tournament
World Tournament is the Adventure Mode that every fighters are gathered. However, the new evil army arrived at the Giant Battlefield who led by the mysterious foe named Timevil, Devil Kazuya's general. Timevil used his time-space traveling powers to erase all heroes and villains except for few fighters.

The Classic Mode is the single-player mode that Legendary 12 returns as specific stages and have five Difficuites (Very Easy, Easy, Normal, Hard, and Intense). You have 5 stocks, but when you beat three fighters at the time, you earned 1 extra stock. You don't need to worry that the Game Over screen was removed and you can keep continue to fight, but cost few coins. Classic Mode has a new feature that certain fighters must fight against the another fighter who has been corrupted by Devil Kazumi by using malicious Spirits which the another fighter transformed into Dark Fighters (Devil Fighters in Japanese version).

Replaced from Mii Fighters, Custom Fighters are customizable characters that you can choose your favorite fighter. You can level up your fighter like Amiibo by gaining experiences for battle.

Being the two versions, two players can have trade for characters by using either Custom Fighter or Amiibo in Wireless Internet Connection. Version-exclusive Custom Fighters can be traded for the different game versions.

The Original Six is the successor of Original 12 (now Legendary 12) which they belong to the Nintendo. There are six series that was shown in this game with the ESRB (Three ESRB E10+: Heart Sins, Eon: Day of Life and Mons Camera; Two ESRB T: Primal Cage and Hi-Speed F1; One ESRB M: Bionic Evil: Revelations). They were sent by an redeemed Heihachi to find the missing fighters who were captured by Devil Kazumi.

Like the previous installment, the roster will be start the original 12 fighters roster while the other fighters are unlockables. Mii Fighters are no longer available in this game.

These twelve have been here since the original Smash Bros. released all the way back in the late 90's! They are the few, the dozen, the Legendary 12!

While not the legendary 12, these have returned time and time again, or at least made one previous appearance!

Each newcomers has version-exclusive that depending on which versions that has newcomers.

The Boss Playables are the bosses that can be playable through normal means.

There are 70 Assist Trophies to assist the players. The players can K.O. on the Assist Trophies, but not gain 1 points in Timed Battle unlike Super Smash Bros. Ultimate.

There are 50 Pokémon that are used.

There are 110 (103 returning and 7 new) stages represents to the fighters' universes. However, it's been confirmed that every character will have their own home stage, with a stage from one of their recent or popular games. Also, every stage has an α and an Ω form. 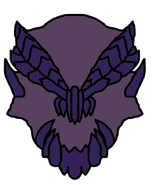 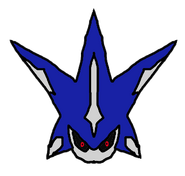 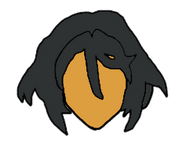 Mina Stock
Add a photo to this gallery

Retrieved from "https://fantendo.fandom.com/wiki/Super_Smash_Bros._Sunburst_and_Moonlight?oldid=3221287"
Community content is available under CC-BY-SA unless otherwise noted.