Super Smash Bros. Ingenuity is an upcoming game in the Super Smash Bros. series, and the 7th game in said series. "Ingenuity" focuses on the "creativity" part of Smash, and goes back to 64/Melee/Brawl's storyline of the characters being spawned from inanimate objects (such as plushies and trophies), thus the name "Ingenuity.". Many modes and changes are planned for the upcoming game. The game returns the Everyone is here mentality from its predecessor, Super Smash Bros. Ultimate, although this time around many more newcomers will be added due to "everyone" being coded in the engine used for both this and Ultimate. It is also a bit more of an Author Appeal project than anything, where unexpected maps and characters will be making appearances- however, while stages, assists etc. might go off the rails, characters themselves will mostly stick to important characters from video game history.

The game is planned for a 2022 release date, four years after Ultimate's release.

Watch the most recent Ingenuity Direct here to view upcoming content coming to the game. 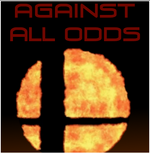 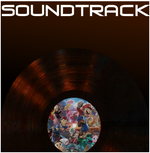 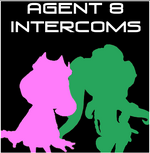 The main gameplay is very simple but complex to master, just like its predecessors. Players must use their character to deal damage to opponents while avoiding damage themselves. Damage is in the form of a % meter, which makes players' knockback much higher as the number rises.

Games are played in the default Stock mode, which gives you an adjustable number of lives to battle your opponent with, and Time, which measures kills as points and encourages you to get the most points as possible without losing them through death. There's also the traditional Stamina which uses HP instead of percentage.

pac-man render in for fun by nibroc-rock

While For Glory is indeed returning after its absence in Smash Ultimate, its matchmaking has recieved a massive overhaul. The ranking system is quite similar to Overwatch's or Splatoon's, where there are multiple tiers that you can climb up. You will only be paired with players from your skill tier. Good performance in the match will cause you to gain SP (Smash Power), while losing matches will cause your SP to drop. You will also be able to view leaderboards (overall and per character).

These are the tiers available in For Glory. You will be placed in a tier after 10 placement matches, and placements will reset about twice a year-

The Arcade Modes are extra preset modes that you can play. They are non competitive and can be accessed from a special header in Online (where they can be played in "montages" or in specific minigames, think Warioware). You can pick these from a dropdown menu in single player as well, with multiple players or CPUs. The games have special win conditions, and thus must be played differently than normal Smash. 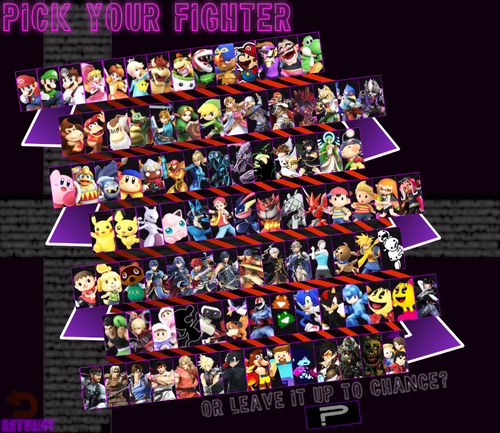 The roster consists of all 66+ fighters from the previous game. These fighters are all completely unique (save for the Echo fighter category, which features characters with borrowed movesets from other characters) and all have different attacks, including their own moveset. Each fighter has an Up-B, Side-B, Neutral-B, Down-B and a super powered Final Smash which only appears when a character breaks the fabled Smash Ball.

mach rider render made by "bullock seamus", edited by me

Stages can be selected before Character selection. They are the battlefield you fight on, and each stage has different scenery and a different layout which differs it from other stages. Each character also has a complimentary home stage, which they'll be fought during unlocking sequences.

There are many items in this game, however this section will only cover the new ones. Items spawn randomly in battle when they're turned on. You can change the frequency in which they appear, as well. Certain items such as Smash Balls unlock other parts of characters, and others summon allies to fight for you or the opponent.

Please note that, like much of the information in the main article, this is only listing the Assist Trophies that are new to the game. Likewise, every Assist Trophy and Pokemon that is not a Playable Character now is in the game.

Assist Trophies are items that summon an Assist Character out of them, who will.... assist the user in battle. Assist Trophies can be K.Od, but any kills that they get will count for your kills.

Pokemon work almost exactly the same as Assist Trophies, but they spawn out of a seperate item called a Poke Ball. There are also Great Balls, Ultra Balls and Master Balls. While Pokemon of any tier can spawn out of Poke Balls, the "tier" of the Pokemon determines whether it will spawn out of respective Balls. Great, Ultra, and Master Balls have their tiers where only Pokemon from that tier and above can spawn.

Bosses are characters who will appear in a variety of modes. They are super powerful enemies that you must take down in either-

Agent 8 has a series of intercoms that can be activated on the Deepsea Metro stage. The collection of dialogue is listed here.

The Vault returns from previous games. The Vault is a stash where you keep your collectibles, such as Music, Smash Cards and Trophies. The menu will also keep guard of Character Customization options, and a shop using in game currency. With Smash Card Binder, you can view a nostalgic binder filled with all of your collected Smash cards. Decorate it with cards and sort it out to your wants. View how many cards you have out of the complete amount, and simply admire your collection!

In Trophy Gallery, View up close shots with your trophies, with descriptions, origins and more, while in Trophy Collection, you can look at an organizable shelf with all of your collected trophies. In the Shop, use collected Gold and spend it on a randomized selection of shop items. Shop items can include Smash Cards, Trophies, Music and more.

You can also check out Replays to view saved Replays of recent battles, save them on to your device and edit them with all sorts of cool effects, similar to Mario Kart TV. You can upload them to Youtube or Twitter directly from your device. You can now fast forward in Replays, too, in case you just want to catch the cool parts.

In Smash Studio, you can edit your characters- include preferred Alternate Costume (to save for when you pick the fighter next time), Accessory, Control Scheme, and more. You can even save these options to a Joy-Con for easy tournament play, as well as to your Pro Controller.

Retrieved from "https://fantendo.fandom.com/wiki/Super_Smash_Bros._Ingenuity?oldid=3124731"
Community content is available under CC-BY-SA unless otherwise noted.