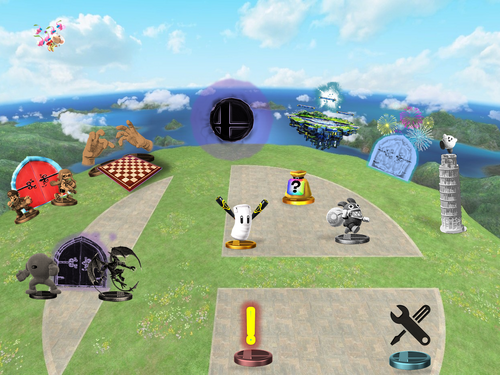 Super Smash Bros. Infinite has the same formula from the past games, the pace of the battles is stated between Melee and Brawl like in SSB4.

The moveset, visuals and some veterans were changed with completely new moves (such as Link). The game uses Unreal Engine 4, the game ofters the most beautiful visuals in the Super Smash Bros series. Some stages have rain and mud effects (Battlefield for example), that applies to the character, leaving wet or dirty effects, the game also features Battle Damage Effect for some characters.

The main menu was updated to look like a lobby from games like Dragon Ball FighterZ and Splatoon. Players can walk and visit every place from the lobby, find secret items and patchs. 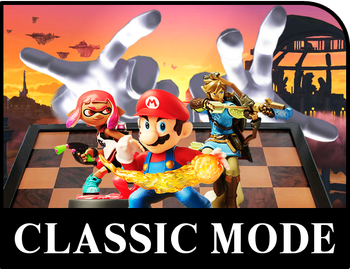 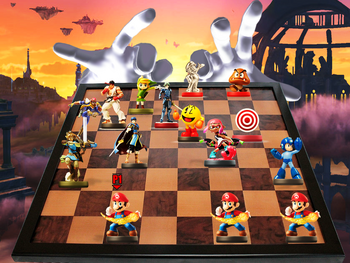 This time the Classic Mode is set up as a Chess game between Master Hand & Crazy Hand against the player. Players starts with 3 stocks (It can be moved during the gameplay), the opponents will be moving too, so sometimes the players will fight against more characters or in team battles.

After beating all the characters, enemies and Mini-Games, Master Hand and Crazy Hand will transform the Chessboard into Final Destination to the final battle. During all rounds, opponents may hold trophies, equipment, custom moves, coins or credits. 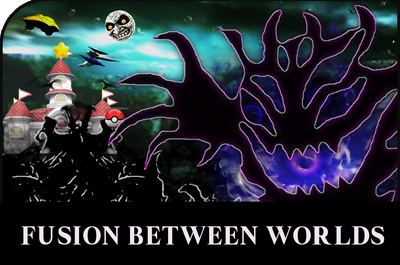 “Something's gone wrong in the happy-go-lucky world of Nintendo.”
— Fusion between Worlds introduction.


This Mode serve much like as The Subspace Emissary, in a similar vein to Super Mario 3D World Map, The Fusion World is a clash between franchises like Mushroom Kingdom between Hyrule, get ready for fusion with enemies, bosses and stages. You can use the Fusion Stone to do fusion moves (Falcon Punch + Sonic Boost) you can do a Falcon Punch releasing a Sonic Boost. Somes bosses have a Fusion Stone, get ready for really scary monsters like Yveridley.  Players can collect a Custom Icon (Lighting, Fire and Ice) to fusion with a item like Bumper in the inventory, so you can use a Fire Bumper or Ice Ray Gun in the adventure mode.

Color variant of enemies with some unique attributes.

These characters appears in some stages in form of background or helping you like a Assist Character.

Tower of Challenges is a new mode for 2-players. The players they go through various challenges like Normal Battle, Special Battle, Team Battle, Boss Battle, Home-Run Contest, Multi-Man Smash, Target Blast, Horde and Break the Targets. Passing each tower, you will have to defeat the boss of the tower betting everything earned during challenges, you can choose a franchise tower or a mix tower, in Franchise Tower you will beat challenges of a franchise and a boss (example:Super Mario Tower will have challegens based on Super Mario series). In Mix Tower you will beat challenges and bosses from various franchises.

You need to chase a enemy to collect a new item like Custom moves, Trophy, Masterpieces and Music, but you have a certain time to chase him.

Home-Run Contest follows the same rules as in the previous installment but now players can upgrade the Home-Run Bat and unlock others Bat. 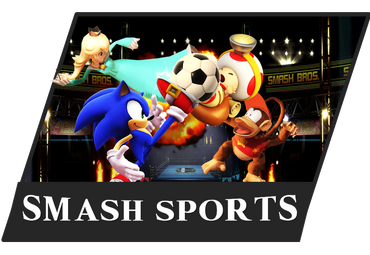 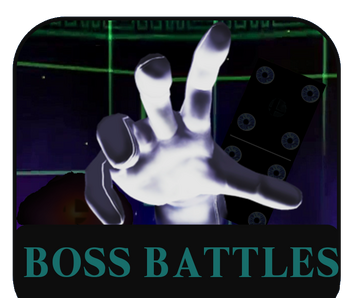 Just like the Boss Battles from Brawl, Boss Battles is a unlockable stadium mode up to 2 players, the goal still the same, beat bosses from the Adventure Mode, very similar to All-Star Mode. Once a boss is defeated, the player will come back to the rest arena. The rest arena will display all defeated bosses as trophies, The player cannot use customs fighters in Boss Battles. 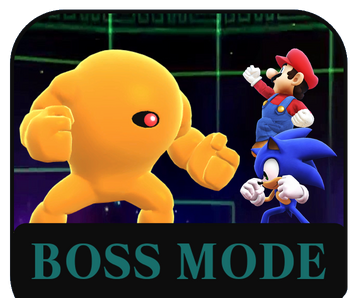 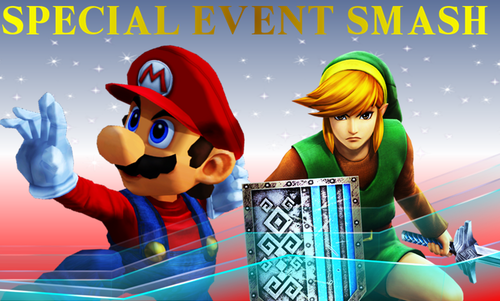 After the update 1.0.6, Super Smash Bros. Infinite has been update with a new online mode. Every month a new event appears. If the player wins the event, will unlock a new costume for a character. To enter in the Event, players must pay with Smash Coins.

A Online Leaderboard will save players' records, If the player enters on the Top 5, it will earn 1000 Smash coins. 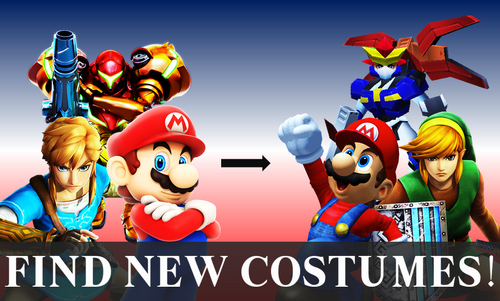 Sakurai has confirmed a Color Editor mode for the characters, the mode looks like the same Color Editor on Ultra Street Fighter 2: The Final Challengers. You can choose sections like hair, hat, gloves, clothes or shoes. You can use shaders, like metal shaders. Some characters have exclusive shades like Link and Toon Link with a Cell-Shaded look or Mario with his Brawl visual, and you can use outlines on the characters or even aura an flames just like Tekken Tag Tournament 2.

Players can adjust the color saturation and brightness, the Color Editor will have 10 slots. After update 1.0.2, players can customize the damage meter with icons or create their own.

You can also change the colors of the victory screen and put exclusives things like fireworks or items from the character's game like Mario with Super Mario Bros blocks and Goomba, you can change the victory theme to more 3 victory themes for a character, the players must unlock new items for a character by beating modes like Classic Mode, or beating some events to unlock exclusives items for a specific character.

Players can earn trophies just playing this mode, the player will need 3 credits to enter in the machine and get a trophy, use the stick to right or left and press A to try to grab a trophy. Don't try to grab a bomb, you can lose coins and credits. Players can get a credit playing Classic Mode or All-Star Mode, the most trophies you grab, most dificulty will be to earn. 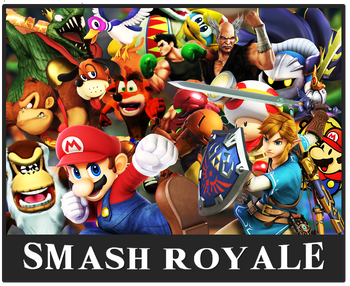 Smash Royale is a 20-Player Mode with Battle Royale aspects. Players will fight at The Great Cave Ofensive, players can change the game rules, like % to HP or enable items. The Top 5 will receive a special Smash Box with exclusives prizes like Mii costumes, coins or even shades for characters. 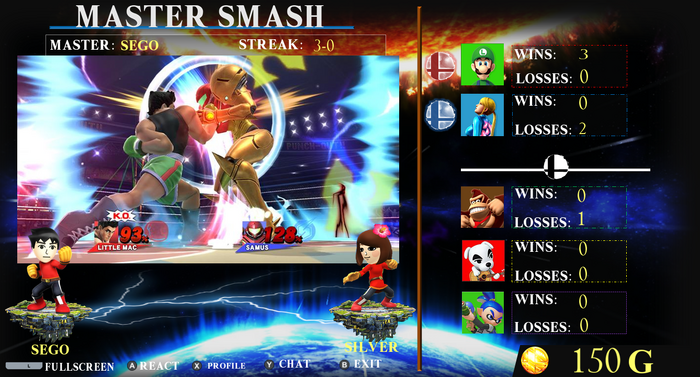 Master Smash allows players to observe and react to the match going on between the champion and the next challenger as they wait to play the defending champion. Players can earn Smash Coins with the spectators rate the winner of the battle 0 out of 10. This mode is similar to King of the hill from Mortal Kombat (2011) and Mortal Kombat X/XL. press

to chat with other players in spectator mode, press

to react during a match, press

to see a profile, press

to exit a Master Smash and press

to watch in full screen. 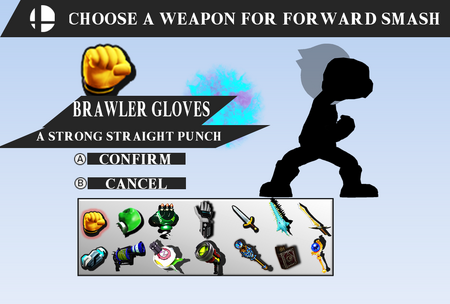 The Mii Fighters are cut from this game, now you can create a Mii freely. You can put and customize all of the moves; from the basic moves to special moves also you can add weapons like Fighting Gloves, Swords, Guns and Magic Beams to all moves. The Mii's Creation Mode remembers character creation from games like Soul Calibur.

The playable characters from the Boss Mode, bosses can be unlocked beating them in Tower of Challenges mode. 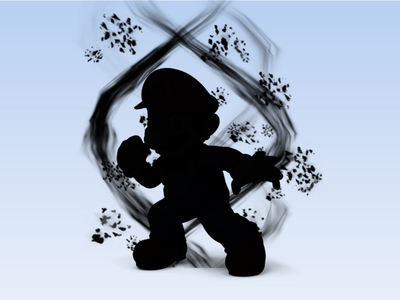 Every character in this game have a unlockable 10th color, to unlock the color, players will need to beat Master Core at hard difficulty (8.0-9.5) 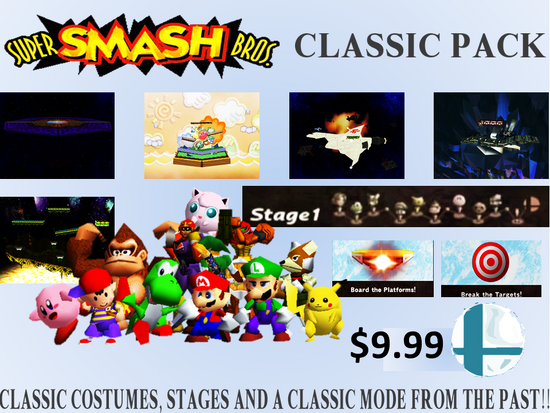 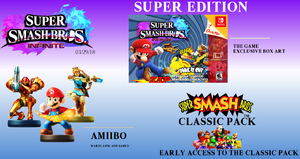 Fusion Characters were originally to debut in the Adventure Mode, but was scrapped because was too complex. 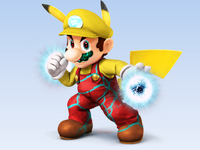 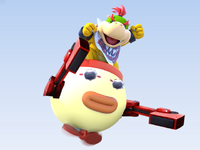 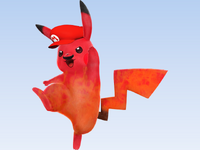 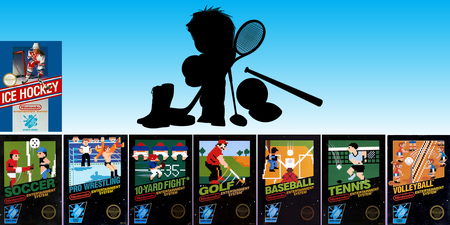 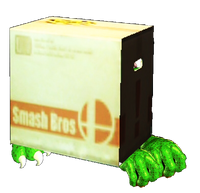 English logo. Made by Side B John
Add a photo to this gallery

Super Edition box art.
Add a photo to this gallery 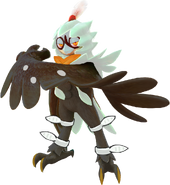 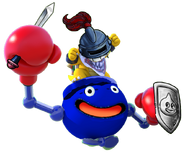 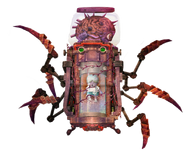 Brain Minch. Artwork created by Side B John

Jester
Add a photo to this gallery

Illustration based on box art of Super Smash Bros. Melee.
Add a photo to this gallery

Brain Minch Battle Screen. Art created by Side B John.

Add a photo to this gallery
Retrieved from "https://fantendo.fandom.com/wiki/Super_Smash_Bros._Infinite_(SGY_Project)?oldid=3202039"
Community content is available under CC-BY-SA unless otherwise noted.