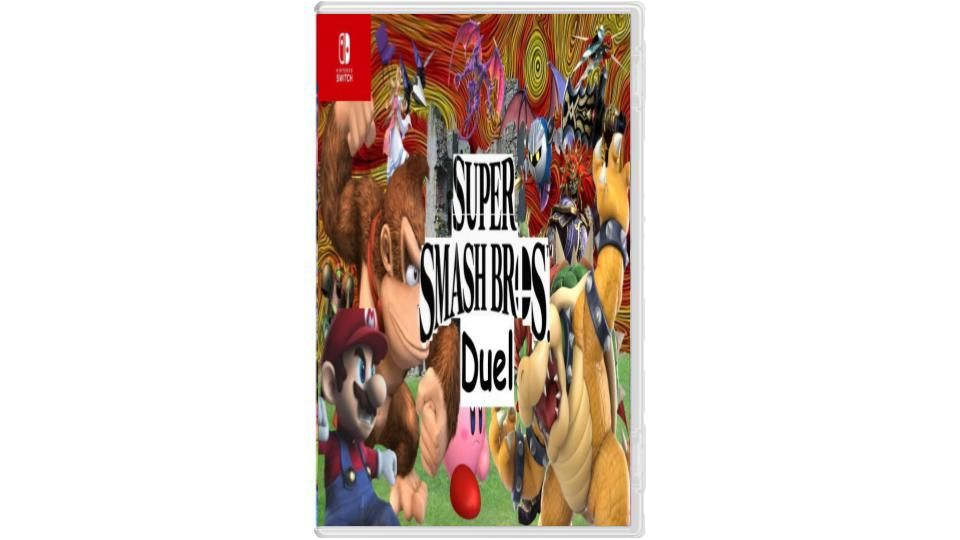 Most of the game play elements and modes are carried over from Smash Ultimate, with only a few changes. One change is the menu getting updated once again, this time being themed around the idea of good vs. evil. Another thing is Smash getting a new mode: Duel. Duel is a lot like Classic, but instead of a 1-8 player free for all, it’s a two person one player one stock battle. There are no items, and having time, the characters you play as, who the Cpu plays as, and the Cpu’s level are all optional. A new mechanic exclusive to dual is that when if take enough damage without dying, you’ll be able to do a final smash, even though there are no items. Depending on who you play as, you can unlock costumes for that character, and maybe even an echo fighter! Meanwhile, Spirits is replaced with Paths. Paths has three features: Black and White, the game’s story modes, and Grey, a continuation of Story Mode unlocked after completing both Black and White. The story mode revolves around the good vs. evil theme, and plays like a mix of Melee’s Adventure mode and Brawl’s Subspace Emissary. In Black, you play as the Nintendo Heros to take down the Nintendo villains, and in White, the opposite is true. Throughout both stories, it starts to become clear that the heroes and villains have similar goals, and that someone else has been pulling the strings. In Grey, King Dedede and Kirby unite their respective groups together to fight the true villain. I won’t put the full plot on here, but what I can say is that beating the final boss unlocks a specific echo fighter. Speaking of echo fighters, they have returned from Super Smash Bros. Ultimate. You can still choose between having them stacked on their original or having their own slot, but this time around, if you choose for the echo to have their own slot, they will be put next to their respect villain, not their original. Actually, all characters are arranged so that their placed right next to their counterpart. Neat and convenient, huh? Another feature that has returned is the amiibo. The Amiibo haven’t changed inside of battle, but, outside of battle, they have changed dramatically. When you tap an amiibo on the Switch, the amiibo will also unlock extras, ranging from trophies and memories, all the way to stat boosts and alternate moves. The extras you unlock depend on the amiibo tapped. Trophies can also be found throughout story mode and by completing achievements. Because a lot of the stuff was carried over from Ultimate, Sakuri had more time to develop trophies. As for boosts, they were just carried over from spirits, just without the spirits. One last change to the game play and modes that’s not as big as the others, but still important, is that online play now has dedicated servers. After complaints kept coming in about Super Smash Bros. Ultimate’s online play, Sakuri worked hard to convince Nintendo to make dedicated servers for the next Super Smash Bros. Nintendo finally agreed, at the price that a certain character gets in (more on that later).

Super Smash Bros. Duel has the biggest roaster todate, with 82 fighters counting echos and DLC. There are 24 starting fighters, 36 unlockable, 16 as echos, and 6 as DLC, with one of those 6 being free. (Descriptions coming soon.)

Super Smash Bros. Dual began as one of several ideas for the next Smash Bros. Sakurai wanted something that could ride off Ultimate while still being something new and unique. While looking through people’s reactions on Ultimate, he noticed several people thought there would be a good vs. evil theme in the game. Ultimately (see what I did there?), Sakurai took a liking to the idea and went off from there.

First things first, the roaster. Sakuri worked hard to make sure every character included had a counterpart. Because of this, he had to take some creative liberatores with the characters. To make things easier on himself, he used the same engine he used for Super Smash Bros. Ultimate, but he still decided to remake some of the character’s movesets to make them more accurate to their game counterparts. Despite focusing on the good vs. evil theme, he still decided to add some fan requested characters as long as they fit the theme.

The idea for story mode also came from fan theories for Ultimate, where everyone thought spirits was going to be an Adventure/Subspace hybrid about good guys vs. bad guys. However, like always, Sakuri wanted to succeed expectations. In order to help with the story’s plot, Sakuri brought in Undertale and Deltarune creator Toby Fox in secret. Together, they decided to not have the story just be black and white good vs. evil and actually give their characters some development. With this idea in mind, they proceeded to also bring in Shin Kibayashi, who worked on Fire Emblem Fates, a game with a similar message to what Sakuri and Toby were going for.

When focusing on new modes, Sakuri wanted a way to symbolize the theme of good vs. evil through gameplay. He began playing around with the idea of rival battles, which would have replaced Challenger Approaching. However, upon having difficulty replacing Challenger Approaching, Sakurai began thinking of alternatives. Looking back at Ultimate for inspiration, he realized that he didn’t do much with the idea of Smash meters. Sakurai took these ideas and made them into Duel. However, not wanting Duel to just be another mode, Sakuri decided to add a reward system similar to Challenger Approaching. When considering what the reward should be, he looked back once again to Ultimate. There, he found that he never really did anything with the echos. Because of this, he made Dual’s rewards echos and special alternate costumes, relating to the character your playing as.

When looking for anything else that could be expanded on, Sakurai realizes that the Amiibo didn’t really have a purpose. Taking inspiration from Ultimate’s Spirits, Sakurai came up with a new system involving the Amiibo where they would provide extras for the player.

Super Smash Bros. Duel was released on February 2, 2022. As of writing this, were still looking to see how people received the game. Stay tuned.

After having good reviews from it’s time in Smash Ultimate, Sakurai decided to bring back the fighters pass for Duel, with even more new characters. However, before he could do that, he had a deal to fulfill.

The first of 5 payable DLC, Shrek is the first character in the Super Smash Brothers franchise to not originate from a video game. The creators of Shrek were kind enough to let him in Smash without much negotiation. Sakurai original developed Shrek as a surprise boss due to the weird nature of Shrek’s requests, but after watching through some specific YouTube videos (yes, even Japanese company owners for video games watch YouTube), Sakurai decided that there was some changes to be made. Luckily, this was decided early in development, and due to the natures of Shrek and the original first DLC character, nothing had to be pushed back for this change to occur. Shrek was released on June 12, 2022, as the first of 5 fighters in the Smash Duel Fighter Pass.

After years of fan requests, as well as them finally getting their own game (and on the Nintendo Switch, no less), Sakurai figured it was finally time to bring in a super saiyan. Negotiations began shortly before Duel’s release, as Sakurai wanted people to be surprised when they saw a character straight from Dragon Ball on their screen, but knew negotiations would take a while. Sakurai negotiated for Goku, but Funimation, the company that owns Dragon Ball, vegan pushing for Broly due to his rise in popularity in recent years. In the end, they came to an agreement: Goku would be a playable fighter, Broly would be an assist trophy., and as an added bonus, Wolf would have a Yamcha inspired costume. The three and their stage and music were released on August 4, 2022, as the second part of the Smash Duel Fighter Pass.

Geno, Rex, and the Smash Poll:

Having gotten the two hard characters out of the way, Sakurai could finally focus on two characters that were supposed to be in past entries, but had to be reduced to Mii Fighter costumes: Geno and Rex. But before that, Sakurai figured it was high time for another Smash Poll. The Smash Poll began on October 3, 2022, the same day the original Smash Poll, and will end on December 7, 2022, the same day Smash Ultimate came out on in 2018. Meanwhile, Geno was released on October 1, 2022, and Rex will release on December 6, 2022.

Retrieved from "https://fantendo.fandom.com/wiki/Super_Smash_Bros._Duel_(by_Pokenvenom)?oldid=2806353"
Community content is available under CC-BY-SA unless otherwise noted.