The game was originally known as Super Smash Bros. for The V² and was announced at the Winter Showcase 2015. At the time, this was more of a concept and not something actually in progress, but it showed the intentions of the roster to expand past not just in Nintendo's canonical past, but also in it's fanon history (as shown by the reveal of Cosmetta). It also showed the reveal of Goku, a 4th party character that would be replacing Popeye.

Super Smash Bros. Discord was revealed on 7/14/16 as more or less a "follow-up" from Super Mario Maker Phi in that it was a sequel to one of Toroko's Exotendo works. The new title was revealed as well. The game would relinquish in development hell for quite a long time, reappearing under the Infinite Content branding on 3/25/18. It is hoped that this new development leads to a more complete product over the course of the year.

The game was completely retooled during this new development cycle. Originally it was more along the lines of a more standard Smash bros. game in that it lacked customs, although they were added during development to help add more information to the characters. They carried onto the second cycle of development, where they were given more emphasis. Characters like Mario were retooled during this period and Dragon Queen was created as a new starting character, a controversial move at the time.

The game began to find more of a footing when the decision was made to cut back on the starting roster, giving players only 20 characters at the start. A lot more characters were turned into unlockable characters and development began on what would become Smash Run + and X Marks the Spot as a way to unlock them. Additionally, elements like Classic Mode and Smash Fishing were added. More modes and features were added during this development period. Jump Holds and differing final Smashes were added to accommodate for characters like Ganondorf, who received a lengthy overhaul to his moveset, as well as Palutena.

Currently, the focus is now on the overwhelming number of unlockable characters as well as fleshing out the game with more singleplayer content and features.

The gameplay of Super Smash Bros. Discord functions much like the past titles in the series. As opposed to lifebars, fighters can build up infinite amounts of damage which will increase their knockback, which leads to knockouts from falling off the stage or getting launched out of bounds. While many rules can be tacked on to change this simple gameplay, that's ultimately the game. Each character has a set of simple attacks, usually known as Smash attacks and Special attacks. Smash attacks are generally basic attacks but Special attacks are usually much more involved and in this game, can be altered and customized between three additional attacks.

Unlocking characters has been completely retooled. Unlike Ultimate, which utilized a 10 minute system in addition to Classic Mode routes as well as other varying conditions, Discord utilizes a multiple unlock system as well as allowing tournament organizers to quickly unlock all characters for the first time in the series. 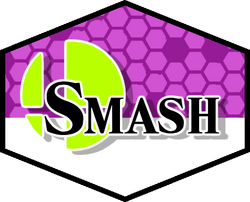 Smash (also known as VS MODE) is a multiplayer mode that enables players and/or computer players to fight against each other or in a variety of settings. The characters can participate in a variety of battles, including Free-for-alls and team battles. The players can also set the rules for the battle including the amount of time, the amount of stock, the items that can be used, handicaps, and the stage that the battle will take place on. The players can also choose settings for the computer players including computer players' levels. Some of these features, however, have to be unlocked in order for them to be used.

This is considered the main mode of the game and almost everything in the game is based off this mode. Like in Super Smash Bros. Ultimate, 8-Player smash has been dropped from being it's own mode to being integrated as part of it. In addition to red, blue, yellow, and green indicators for players 1-4, players 5-8 receive new indicators colored orange, cyan, purple, and slate respectively. In Team Battles, an additional team color, the yellow team, can be selected.

X Marks the Spot is a extensive side scrolling beat-em-up platformer not unlike the Subspace Emissary. However, the structure of the story and how the player progresses through this mode is altered; it is instead more open to exploration and problem solving. The player is tasked with finding various treasures and using them to open paths to new levels. Each level contains four treasures and finding one will end the level.

More information can be found at Story Mode: X Marks the Spot!

Smash Run + is the new and enhanced version of Smash Run from Super Smash Bros. for 3DS, with several new submodes and maps. More information will be coming soon. 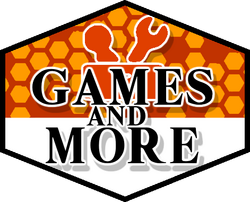 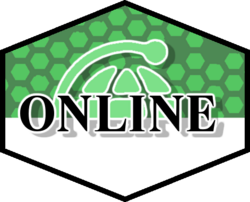 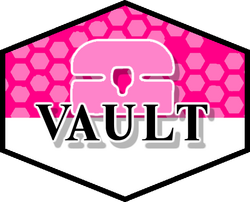 Super Smash Bros. Discord starts with a generally smaller roster than most Smash games, with a total of 20 starting characters overall. As of writing, there are a total of 120 characters planned, with 100 of those being unlockable. Each character can be accessed on the table shown below, with the hand on the right side of the screen used to redirect you back to the table for easier access of each character's section. You can click here to return to the top of the page or click here to skip down to the bottom of the article.

There are a current total of 100 (85 if discounting Echoes) characters confirmed for the game.