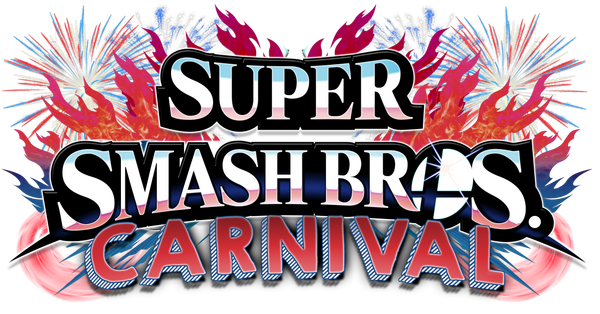 Super Smash Bros. Carnival, commonly abbreviated locally as SSBC, Smash Carnival, or Smash 6, is the latest title in the critically acclaimed Super Smash Bros. series of fighting video games. The title is expected to be released in Q2 2020 onto the Nintendo Switch console.

In a recent press release, the game's developers confirmed a major overhaul to the entirety of the game, focusing on working from the ground up to create a more unique experience for Smash Bros. compared to previous titles. They also commented on the roster, which will have heavy focus throughout the development cycle of the game. Many collaborators from Nintendo's past, present and future have been contacted and are lending a helping hand to create a really unique roster of fighters hailing from all across hundreds of years of gaming history.

Early development for Carnival commenced upon the release of Bayonetta as a Downloadable Fighter for the predecessor title. The leading producer for the project began the product in the media by cryptically feeding into rumours regarding the predecessor being the final title in the series, allowing the development team in the background to work on the game silently, keeping the project a secret from the public and from the media. More and more developers from different companies affiliated with Nintendo flooded into the game, working on individual pieces to help construct one massive game.

Another ploy by the lead developer to keep the game a secret involved creating and distributing several 'fake' code names for the project, such as 'Harmony', 'Millennium', and 'Equinox', in order to continue to distract the public and the media from the huge game that was being created behind the scenes.

Production on Carnival halted for a long time, while the lead developer was raising more funds to add more expensive things to the game which he believed were desired and a necessity if they were going to create the best version of the Smash Bros. franchise they could possibly achieve.

Smash Carnival follows the typical formula of previous titles in the franchise at its core. Differing from the typical fighting game cliches where you drain an opponent's health points to zero, Super Smash Bros. works differently, where the main objective is to forcefully knock your opponents off of the stage in a certain time frame, by any means necessary.

Smash only utilises two button inputs to command the fighter, opposed to button combinations seen in Street Fighter for example which can be challenging to learn. Every fighter in the game has a unique move pool of moves, all with varying effects and outcomes. There are also special finishing moves called "Final Smashes", which can be activated by defeating the Smash Ball item as it floats around the stage. A fighter attacks the ball, and when broken, it gives the fighter a boost of power which allows them to use their ultimate move, a Final Smash. Every fighter has at least one final smash.

A new core game mechanic, however, is the integration of the Amiibo's mechanics into the main game. All fighters can now be levelled up through playing different Smashes and game modes, raising their level to the maximum of 100. Every 20 levels, the fighter will receive a new skin, and at level 100, a new Echo Fighter is unlocked for that fighter.

Another big addition to the game is the ongoing mini-game inspired by Pokemon Snap, making use of the camera mechanics in the game. Whenever you're fighting and a Pokemon is summoned to the stage, you can pause the game and take a picture of it, as if you were taking a screenshot. Taking pictures of Pokemon allows them to level up (and thus help them to evolve, and become more powerful), making them much more useful than ever before. You can also customize the movesets of the Pokemon in the Pokedex menu option.

Link in Retro Smash.
Add a photo to this gallery

Retrieved from "https://fantendo.fandom.com/wiki/Super_Smash_Bros._Carnival?oldid=3178911"
Community content is available under CC-BY-SA unless otherwise noted.