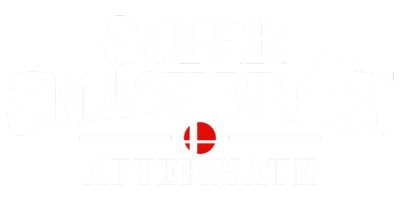 Super Smash Bros. Aftermath, known in Japan as 最大のほつれスマッシュブラザーズ (Greatest Fray Smash Brothers) is a platformer fighting game and the final installment of the Super Smash Bros. series. It was developed by Bandai Namco, HAL Laboratory and Sora Ltd and released in December 2023 on the Nintendo Switch as its last big release. A port for the next Nintendo console was also confirmed. While Masahiro Sakurai is still contributing to this project as the lead creative director, he's no longer the game director due to health issues. Instead, Jay Okumura takes his role as the game director for Aftermath.

Aftermath brings back all playable characters and songs from Ultimate and adds new ones. While some stages return from Ultimate, others are removed and replaced with new ones. The game's main feature is the Story Mode, Conquest of Dawn, an adventure mode very similar to Subspace Emissary and World of Light, but with more cinematics and interaction between characters.

Aftermath brings back most of the game modes included in Ultimate, with only Spirits being removed. The game also expands some existing game modes, with the goal of making them more appealing to new and casual players.

Aftermath brings back all the playable characters from Ultimate, changing the movesets of them completely in some cases. Echo Fighters also return in Aftermath, labeled with an epsilon (ε) symbol. Characters are now organized by series, and unlike in Ultimate, characters now have 12 alternate costumes. Some of them change the appearance of the playable character completely. Only a limited amount of characters are available since the start, with the remaining characters being unlockable by three main methods: after winning a Smash battle, after winning a Smash Tower battle or unlocking them in Conquest of Dawn.

Retrieved from "https://fantendo.fandom.com/wiki/Super_Smash_Bros._Aftermath?oldid=3289752"
Community content is available under CC-BY-SA unless otherwise noted.