Super Smash Bros. Aether is a crossover fighting-fantasy game for the Nintendo Switch that was released on July 8th 2018. The game is the sixth in the Super Smash Bros. franchise and it was revealed by the developing studio, Button Studios, at E3 2018.

The game is set to be ported to the Nymbus as a launch title in November 2018. This version come with the Rising Echoes Expansion and the first four DLC characters (Simon Belmont, Ninten, Gengar, Ghirahim) pre-installed at no extra cost.

Gameplay closely follows that of the game's predecessors. The objective of the game is to KO your opponent(s) by blasting them off the screen with your own character's attacks. Attacks deal damage, which in turn increases the foe's vulnerability to knockback. Characters have several moves including Smash Attacks, Neutrals, Recoveries, Directional attacks, grabs, and Final Smashes. Players can use items to help them in defeating their opponents. Super Smash Bros. Aether introduces several new game modes, including Siege, Wipeout and Starpiece. Many game modes are brought back from previous titles including Smash Run, All-Star Mode and Classic. 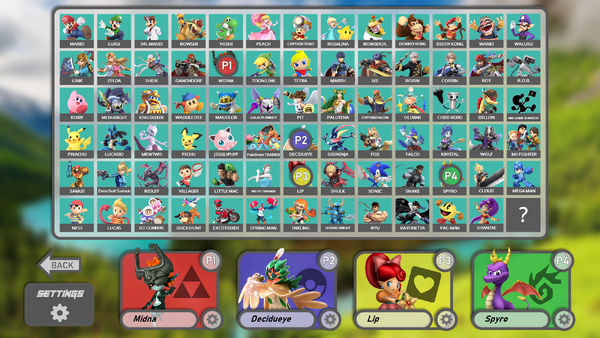 There are several game modes available to play in Super Smash Bros. Aether. Some of these must be unlocked through gameplay. By playing these, players can unlock all sorts of things, from trophies and collectables to stages and even hidden fighters.

Furthermore, there is a new menu called the 'Challenge Box', with many different challenge modes available to the player. These include: 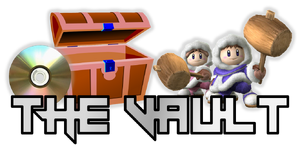 Here, the player can view data, collectibles and change key settings. Things to do in the Vault include:

There are over 250 collectable trophies. Stickers also return from Super Smash Bros. Brawl. There are over 1000 different stickers in the game.

Just like in Brawl, stickers have different effects to certain fighters. For example, the Cappy sticker can only be applied to Mario, Yoshi, Captain Toad and Toadette and it applies +3 projectile defence. Similarly to Brawl, stickers are viewable in the Sticker Album in the 'Collectibles' section of the vault.

Over 500 Music Tracks are in Super Smash Bros. Aether from over 30 franchises.

Super Smash Bros. Aether has a total of 78 playable characters. 17 of these are newcomers to the Smash Bros. series.

There are 36 default playable characters in Super Smash Bros. Aether: 27 Veterans, and 9 Newcomers that have not appeared in a Smash game before.

There are 42 hidden characters in Super Smash Bros. Aether which must be unlocked by completing certain tasks. Just like in previous titles, to unlock a character, the player must complete a task, or complete a certain number of Brawls, to meet the criteria to be able to unlock the character. They must then fight against the character in order to play as them.

For information on how to unlock each particular character, please see the article: Super Smash Bros. Aether/Unlock Criteria#Characters

It has been revealed that 12 new DLC Fighters will join the game, with one released every month from July 2018 for a year. The release dates for each character are noted beneath the images. Each of the fighters are priced at $3.49 (£2.99 in UK, £3.09 in Europe), and several can be downloaded with their own stages.

There are a total of 101 stages in Super Smash Bros. Aether. Of all of these, 47 are brand new stages that have not been available in any other Super Smash Bros. game, while the remaining 46 are returning stages from previous Smash Bros. titles. The base game has 80 stages with 21 available through later releases of downloadable content.

40 stages are available by default in Super Smash Bros. Aether, a variety of new and returning stages from many different franchises.

Through completing tasks, the player can unlock an additional 40 stages.

21 extra stages can be downloaded at a small fee as part of DLC Bundles.

Rising Echoes Expansion
Add a photo to this gallery

Several waves of Downloadable Content have been confirmed. It is unknown when these will be released but it has been confirmed that one of the first DLC Packages will feature a selection of "at least 6" new Echo Fighters. There will be brand new DLC fighters released over the next year.

One week after the game's release, a DLC pack was launched on the eShop for $0.99 (£0.69 in UK, €0.79 in Europe) which included Alph as an Echo Fighter for Olimar, and included the Distant Planet stage alongside him. Players that pre-ordered the game from any location would receive a download code that would allow them to receive the package for free on July 15th 2018. 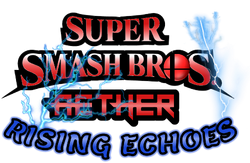 Rising Echoes is a downloadable expansion pack available to all players for a price of $8.49 (£6.59 in UK, €7.29 in Europe) on September 25th 2018. Rising Echoes focuses on adding to the game's core content with 8 new Echo Fighters, 4 game modes and 12 stages to enhance overall gameplay.

It was revealed in the August 2018 Button Direct that one more announcement for downloadable content would be made before the end of the year.

The competitive tier list for Super Smash Bros. Aether began development on July 9th 2018, the day after the game's release. However, the tier list is currently inaccurate and set to change drastically while competitive gameplay continues over the next few months. Echo Fighters are not included in the tier list since they are just clones of other characters.

Retrieved from "https://fantendo.fandom.com/wiki/Super_Smash_Bros._Aether?oldid=2780743"
Community content is available under CC-BY-SA unless otherwise noted.