Super Mario and the Ludu Tree is a Mario game for the Wii and for the Wii U which has been created by YeeMeYee Studios, The official studio which is in association with Nintendo. The reason why the game is available for both Wii systems is because every single Wii-User can pay the game on its system.

This New 3D mario adventure gives you the chance to have a great experience. Mario has always been the same, but the games of him were always differentiating! Like this game has got new bosses, stories, characters, enemies, powerups, items etc..

With this game you'll have a little picture book which gets delivered by the game itself. There you can see the intro, and the text under it! Like any other Wii game, you can play solo or in multiplayer mode. It makes it a lot funnier to play for sure.

How the Story Begins

On a beautiful day, Mario and Luigi were invented to go to Peach's garden festival, which comes each year at the back of her castle. A place for all the villians of Mushroom Kingdom to watch at the nice trees, flowers, bushes etc.. Even that little Love Flower, covered behind a wall of glass, got much attention of the villains. The trees were big enough to give the paths some shadow. And every year, there was growing a tree with very nice, soft looking leafs, called the Ludu Leafs. The Ludu Tree Seeds are found in the grounds far, very far away from Peach's Castle. The places where the seeds are found, are called; The Grassy Plains! Named after Toadsworth, who has been there, when he was a young traveller.

Mario was looking around and finally, there was peach. Luigi and Mario walked to her and greeted her! Mario was happy to see her again. They were talking a while. And suddenly, the environment of the garden got a bit darker. A lot darker, and everybody started stressing, because they didn't knew what would happen! Mario and Luigi looked around. And there was the problem. An enoumous big black cloud flew right over Princess Peach's Castle and Gardens.

BANG! Bowser and the Koopalings just jumped right out of the cloud on the gardens. Everyone shocked, and the Toads began running and RUNNING! The chaos has started, and Toadsworth took Peach into the castle. But Lemmy Koopa blocked the entrance on the back of the castle. Toadsworth got shooted away by one of his balls and peach got taken! Mario ran as fast as he can to Peach to get her back, but he was too late. Lemmy jumped to the other Koopalings which were spreading the chaos and then they dissapeared into nothing. Mario and everybody else, fainted!

Mario woke up and he saw that everything around him was ruined. All the Toads were fainted down on the floor spread over the gardens. But only the Ludu Tree wasn't ruined! all the leafs were still on it... Was it really the holy tree where Toadsworth was talking about? Mario ran to Luigi to wake him up, and Peach was gone! They ran to the gate as fast as they could and they saw the black cloud flying away! Mario, Luigi and 2 other Toads started the adventure to get Peach back. Before they tried to run away fast, Toadsworth gave them all some leafs. He said; Here, Mario... These will give you a new ability, which is easy to use.. Now, go and save Peach!. The Ludu Leafs were in Mario's possession for the first time.

Then Mario's adventure began! This Mario game has got 8 basic worlds and 3 special worlds. The 8 basic worlds are connected with each other so you can walk through an open map! The first appearance of the map has been found in New Super Mario Bros. U, the first Mario game on that sytstem! Mario will have some different things when he starts a level. The 3D looking world has got an extra feature. Not only Mario, but also the levels can be changed! For a better experience YeeMeYee Studios added a whole new 3D world, with 3D levels! Now you have the feature to look around, wherever you are.

This game hasn't got bosses like all the Koopalings. No, bowser has got new relationships on the evil side! He is turning some enemies into big, scary monsters which needs to let you fail on your mission to save Peach! The Koopalings are helping bowser in his new castle, his castle in the air! There bowser created his evil new enemies and bosses and save peach before bowser expands his evil plans!

Here you can see all the main characters, click on the pictures to go to their pages! Some of the main characters are playable. You can only play as Mario, Luigi, Blue/Yellow Toad and as Princess Peach when you've finished the game and rescued Peach. Princess Lumi isn't playable, but she has got a big role in the game!

Some new and old enemies are listed below. Some of them you probably didn't even know and some of them you'll notice immediately! There are a few new enemies which has got other functions. Like Ruma Koopa, he is the first fast running Koopa in history of Mario! Go check it all out by clicking on their pictures!

Some new bosses appeared into the game. And some of them you will know already. The new bosses are having their special ability to make Mario's adventure a but harder. Bowser made his evil plans come true, and thanks to the Koopalings, because they helped him. You will not see the Koopalings much in the game, only the new bosses will appear into the castles! The bosses are listed by each world below and ot will be oticed into their infobox. Click on their pictures to see more information about them!

There are different Powerups in this game. Some basic powerups and sometimes completely new ones! The powerups which are listed below will have their own function in the game and will give mario another ability. 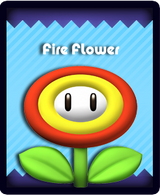 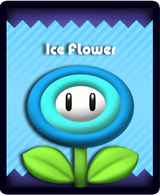 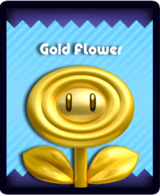 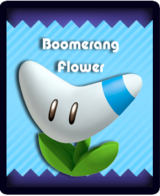 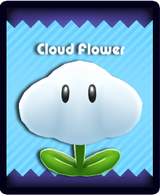 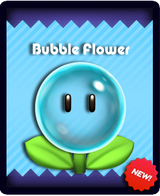 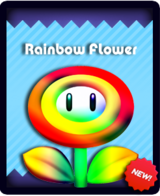 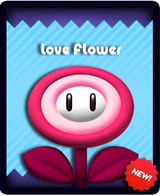 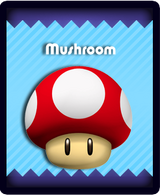 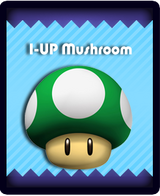 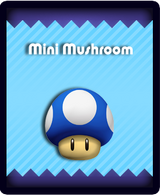 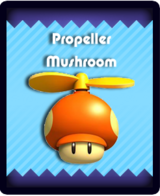 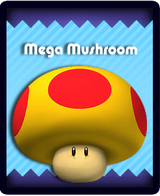 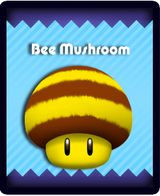 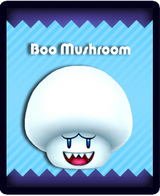 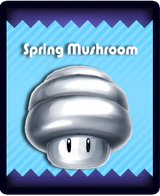 The Grassy Plains, well known as the big Ludu Seeds Field, are the plains right behind the castle of Princess Peach. The Grassy Plains are also full of enemies and they will always try to attack you.

The Dryest Deserts... Yeah... The name explains everything already! The deserts are coming right after you went through the Grassy Plains. The deserts are once visited by the Koopalings to see if there was a good place to place Bowser's Castle.

The Sunny Seaside, there where the warm weather is well known. Travel through the seas and secret isles on the Sunny Seaside. New enemies can be found here too. Bowser took his time to create new enemies and placed them right in front of the sea.

Cloud Kingdom. The place where you might be the most, because of its important role. Cloud Kingdom is well known unto Princess Lumi. The air princess. The kingdom exists already for a very long time and has been attacked a several times too. In this world, you will not see many enemies. Until you go outside the kingdom, because there are the Pookies and Pookettes to let you stay behind the gates!

The hottest volcanoes... Pretty hot there! That is the place where bowser and his Koopalings are living. The last world too, so it wouldn't be easy to go through these levels. Bowser's protected some areas with completely new enemies, so watch out!

Here you can see some pictures of the official artwork of Super Mario and the Ludu Tree!!

The Official Logo of Super Mario and the Ludu Tree! 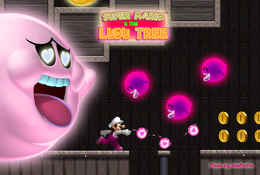 The Official Artwork of the Ghost House of Super Mario and the Ludu Tree!

The Official Artwork of Princess Lumi in Super Mario and the Ludu Tree!
Add a photo to this gallery

This game is no longer in construction. It's a piece of history here, I created this almost 5 years ago WOO

Retrieved from "https://fantendo.fandom.com/wiki/Super_Mario_and_the_Ludu_Tree?oldid=2509732"
Community content is available under CC-BY-SA unless otherwise noted.