After the events of Super Mario Sunshine, Mario, F.L.U.D.D., Peach, Toadsworth, and the Toads board the Toad Express, getting ready to fly back to the Mushroom Kingdom. However, shortly after taking off, Bowser's Airship crashes into the plane, making it crash on a tropical island near Isle Delfino called Isle Granchio which is shaped like a crab. Mario meets up with Luigi, who is having his own vacation in Granchio Plaza. Bowser and Bowser Jr. decide to get their revenge on the bros by freezing the island with Jr.'s new Magic Frost Brush, and like the Magic Paint Brush, is also made by Gadd Science Inc. Koopatron turns into Shadow Luigi, and Bowser turns into Shadow Mario to trick the townspeople into thinking that Luigi AND Mario did all the freezing. Bowser creates a duplicate of F.L.U.D.D. called S.C.A.R.E. which can shoot goo that looks like water inside of it so Mario will be blamed for it if they see him with F.L.U.D.D. Luigi and Mario are forced to melt away all the ice. They soon find on a pump named T.O.R.C.H. that is able to shoot fire. After an amount of time passes, Peach is kidnapped by Bowser Jr. After Mario and Luigi succeed though all the areas in Isle Granchio, and collect 80 Shine Sprites, the Congelato Mountain volcano erupts frozen water, leaving a staircase of ice leading into the volcano. The Mario Bros. enter, and find a one long hard level of ice water and magma. When the bros find Bowser and Bowser Jr., they are waiting for the right moment for the magma to blast their Ice Airship out of the volcano to make their escape. After both Bowser and Bowser Jr. are defeated, the Ice Airship melts down, revealing a giant Shine Sprite. Mario, Luigi, and Peach jump on and travel out of the volcano. Bowser and Bowser Jr. are not ready to be defeated and blast a Frozen Bullet Bill at them at top speed. F.L.U.D.D. quickly sees a way to save them and catches the Billet Bill in his nozzle, clogging him. He unhooks himself from Mario and falls into the volcano. Soon T.O.R.C.H copies F.L.U.D.D., and also falls into the volcano. They blast the Bullet Bill into the volcano, casing another eruption, shooting Bowser and Bowser Jr. out of the volcano, and into the distance. As the bros. and Princess Peach land on Granchio Plaza, the Giant Shine Sprite revived the entire island from the layer of ice. After a reward ceremony, Mario, Luigi, Peach, Toadsworth, and Toads, and F.L.U.D.D., who is revealed to have been thawed out, board the Toad Express and fly away into the distance, heading back to the Mushroom Kingdom. After the credits, there is video of an ice block, containing T.O.R.C.H., shooting out of the volcano and landing in Granchio Plaza, slowly melting. Then when you next select the save file you beat the game with, you will land in Granchio Plaza. Everything is the same as it was before, except for the large toy box that's right behind you where you land. If you jump in it, you can access the bonus world, Giocattalo Box.

Every area has at least two bosses. Every boss (excluding Bowser and Bowser Jr. who are fought together) have a frosty form and a fiery form, which are fought in the same area. The frosty form is usually battled first, and then the harder, fiery form.

The game received good reviews from critics. They said that the game was great, because of the cool new gameplay. They said that having an adventure on a frozen tropical island was a good idea. However, the easiness of the game was criticized, because the game wasn't much of a challenge. Some said that the good gameplay made up for the short experience. IGN gave the game an 8.5/10 and so did Gamespot. EEA Inc. reported that Super Mario Sunshine II was the most fun game they ever developed. 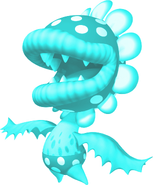 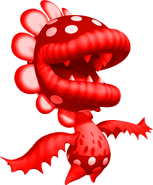 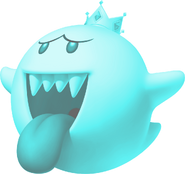 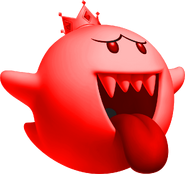 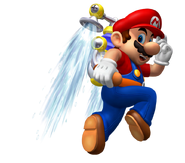 Shadow Mario with S.C.A.R.E.
Add a photo to this gallery
Retrieved from "https://fantendo.fandom.com/wiki/Super_Mario_Sunshine_II:_Battle_of_the_Frozen_Isle?oldid=3130332"
Community content is available under CC-BY-SA unless otherwise noted.