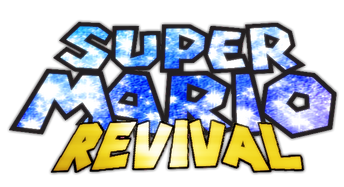 Super Mario Revival is an action animated series based on the Super Mario video game series. It is currently in production, and will have four different seasons, and three movies.

The Super Mario Revival series is a combination of sprite animation and digitally drawn animation. Most of the animation is done in sprites, while special attack sequences, stock footage, and other important scenes are digitally drawn out. 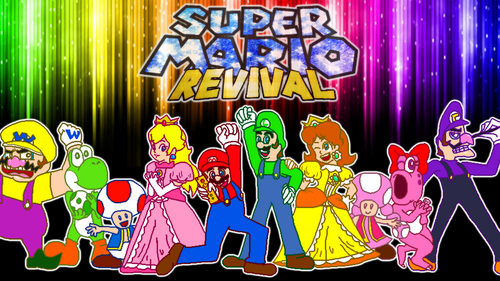 The main protagonists of this first season also appear in every season following.

Mario, Luigi, Peach, and Daisy achieve their ultra forms in this season.

While all characters from Super Mario Revival return, this season features the debut of new heroes:

The third season of the series. Mario and his friends must travel back in time to save their baby forms from a new group of evil. To travel in time, they need the help of Rosalina as well as her infant form. Super Mario Innocence is a bit more lighthearted and less dark compared to other seasons. This season also features the most character development, as it explores the pasts of each character and all the experiences they have gone through.

The baby characters, as well as Rosalina, are the main focus of this season.

Like the previous season, Super Mario Innocence also introduces new characters, many of which are babies. Not counting minor new characters, such as Baby Yoshi, Baby Toad, or Baby Waluigi, the new main protagonists are:

Additionally, although not a new character, Pink Gold Peach, Peach's most powerful new form, makes its debut in this season.

The fourth and final season of the series. Mario and all of his friends must save the entire Mushroom World from the strongest evil yet. To do so, they gain their most ultimate powers and team up with new allies.

This season focuses on the theme of unity and togetherness. Every character is important, and each has a large amount of screen time. This is quite unlike the previous season, which was mainly focused on the baby characters as well Rosalina.

Alongside the four seasons, the Super Mario Revival series is also planned to have a few movies of its own.

Mario and the Messed Up Kingdom

"Mario and his friends end up in the Kooky Kingdom, a strange yet fun land in a storybook. They must save a prince from an evil king and queen, and make this zany kingdom a lot less zany! Can they stop the craziness?"

This is the first-ever Super Mario Revival series movie. It is planned to be released after the airing of the first season.

Super Mario SuperStars (Literally!) is the second Super Mario Revival movie. It has more of a focus on song and dance, although there are still many fight scenes. The dance scenes feature the characters dancing in 3D models, which will be done using the program, MMD (MikuMikuDance). It is planned to be released during the airing of season 2, Super Mario Ultra.

"Alternate universes collide, causing video game stars such as Mario, Link, Princess Zelda, Sonic, Tails, Pac-Man, and many more to meet. Will they be brainwashed into fighting each other? Or will they team up to fight a new evil?"

This movie will be released during the airing of Super Mario Unite!. It is slightly based on the Super Smash Bros. series, but has a bigger focus on the Mario franchise than the others. Some characters are absent, such as Toadette, Pauline, Gary, Stanley, Mona, Merelda, and Shokora.

here are also plans to release Super Mario Revival merchandise, including small trinkets, resin charms, key chains, stickers, and other art and decoration-related products which will be available on Etsy.com.

Also being planned for release are items called Super Mario Revival instant cake sets, which come with mini packages of cake mix as well as frosting mix, and also edible decoration images of characters. There is planned to be a Mario and Luigi red velvet cake set, as well as a Rosalina and Luma blue velvet cake set. These mini cake sets will also be available on Etsy.com.

The main human male characters of the series.

The main human female characters of the series. 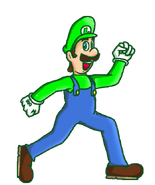 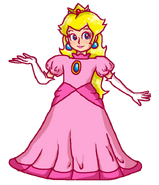 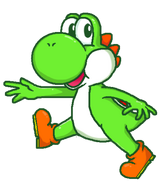 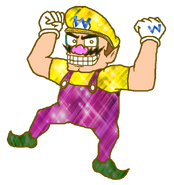 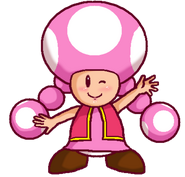 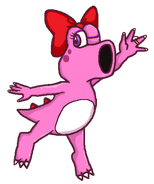 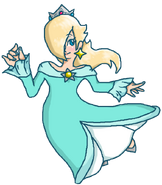 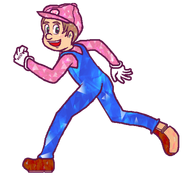 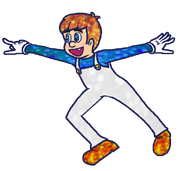 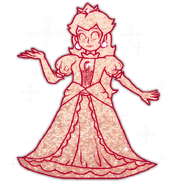 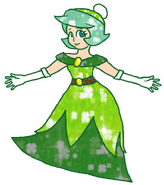