Bowser is bound in an eternal prison by Rosalina after his last attempt to take over the universe. A spell has been cast on him so he cannot leave as long as he remains chained to the ground in a chamber on an uninhabited planet. The Koopalings take advantage of this and wreck the castle, and Bowser Jr. seems to be the only one determined to find their father. So, he sets out to find traces of magic that could lead to his father's location.

Sure enough, he finds Bowser and frees him. With this, the spell is over. Before they leave, Bowser states that there must be a form of magic on the planet that will sustain the magic that keeps him there. They search and find it, being a magical wand known as the Star Staff. It contains unbelievable power. Due to his loyalty, Bowser duplicates the Star Staff and gives the copy to Bowser Jr.

They leave the planet, but are struck down by Rosalina, who has discovered the magic is over. She expects that Bowser has the Star Staff and prepares for a battle, but does not realize that Jr. has one as well. A fierce battle ensues. Bowser and Bowser Jr. easily win, blasting the Observatory and Rosalina off into oblivion. However, there are casualties for the Koopas as well, as Bowser Jr.'s Star Staff is blasted into pieces, which scatter over the universe before Bowser can reassemble them.

Rosalina manages to reclaim the Observatory in her freefall, but because of Bowser's dark magic, it does not function and plummets to the ground, which happens to be only five miles away from Peach's castle, according to the position of the stars. Rosalina runs there, hoping to get assistance, but finds out too late that Bowser has attacked Peach's castle, leaving the area burnt and destroyed. The castle is barely standing. What's worse is that Peach has been kidnapped, once again.

The Mario Bros. and Rosalina head to see if they can fix up the observatory. Luckily, the Lumas manage to do it before they even arrive, picking them up on the way. They park it where they are, which is a crater close to the castle. Harnessing the remaining star power, they are able to rise into space just enough to reach a galaxy. Mario, Luigi, and Rosalina head into space to collect Power Stars and stop Bowser once again. They are joined by the Toad Brigade relatively soon.

Meanwhile, with the new power Bowser has, he sends out his armies to all the nooks and crannies of the universe to collect the pieces of the Star Staff that belonged to Bowser Jr. They use the Star Staff to transform some of their minions into cosmic versions of themselves, and unleash them into the universe. Bowser declares that he is "invanquishable" with this new power. In one galaxy, Mario manages to find a part of the Star Staff. Rosalina explains that this will be very beneficiary to defeating Bowser. But suddenly, it has been detected that Bowser Jr.'s fleet is in the area. Mario defeats him, but Bowser Jr. is rescued by Bowser, who destroys the galaxy with his Star Staff.

Luckily, Mario manages to escape just in time. Later, Bowser himself attacks the Comet Observatory, and Mario must battle Bowser with the Star Staff. This is a very difficult fight, but Mario prevails in the end. Bowser flees. This continues until Mario finds the sixth and final piece of the Star Staff. When Bowser hears of this, he is furious and storms toward Mario with his entire fleet.

The core gameplay is similar to previous Galaxy titles, which involve Mario exploring three-dimensional areas called galaxies to collect Power Stars, of which there are 242. Mario retains his previous abilities, such as the Star Spin, long jumping, triple jumping, etc. In addition to his Star Spin, Mario gains some other physical combat moves such as punching and kicking. The life meter is stretched to eight sections like in Super Mario 64 and Super Mario Sunshine due to the added difficulty of this game. Galaxies return in a similar way to previous titles. They can be explored and searched for Power Stars. They are larger and less linear in this game and have more stars. Each main galaxy has eight Power Stars, with four normal stars and four Prankster Comets.

Full multiplayer is incorporated into the game much like in Super Mario 3D World. Up to four players can play on a stage at one time, with four characters available to play as (Mario, Luigi, Rosalina and Captain Toad).

The Comet Observatory returns as a hub world, but a considerable overhaul has been given to it. Domes have been removed because Rosalina and the Lumas have developed a more efficient mode of transportation. Instead, Mario can take the helm, similarly to Starship Mario in Super Mario Galaxy 2, and fly to massive superclusters which contain several galaxies. The player can even return to the Mushroom Kingdom and visit the grounds of Peach's castle if they choose.

Yoshi will not make a playable appearance in this game, but he will make some cameos. 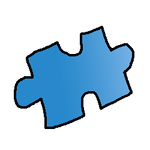 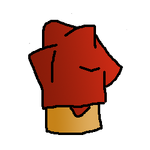 Super Mario Galaxy: Cosmic Combat introduces the Puzzle Piece and Star Bit Trophy. A Puzzle Piece is found in each main mission of the game, not including Prankster Comets. After each is collected, they form a massive picture. Star Bit Trophies are more rare. There is only one in a galaxy. They are kept aboard the Comet Observatory.

The Star Staff is a brand new power-up and the most powerful one in the game. It has a central role in the storyline as both parties (the heroes and villains) attempt to seek out its power. It is cloned during the story, and the copy is shattered into many pieces. Its powers induce a phenomenon known as Cosmic Reversion.

If the Star Staff is used, then the entire galaxy is placed into a darker state where color schemes change to blue. Magic from the Star Staff escapes all over the galaxy, where it will act upon the surroundings. This is usually detracting from the player's mission as initially, it is only used by Bowser in boss courses.

However, when all of the pieces of the Star Staff are found, just before the final battle with Bowser, the magic can be used by the player, as well in the battle. Post-game, Rosalina decides to keep it stored in the Comet Observatory, but later decides to let Mario use it in Supercluster Omega, the last set of galaxies.

Primarily, players can use Mario, Luigi, Rosalina, and Toad amiibo figures with this game. Scanning each amiibo unlocks a set of simple bonus levels which are not counted as official stars - Mario only has to reach the end. Much like the Prankster Comet Luma, an amiibo Luma appears on the observatory and tells Mario about all the functions and lets Mario scan them. Mario can then launch to the new galaxies by speaking to the amiibo Luma. Mario can also scan other amiibo from the Super Mario and Super Smash Bros. series to unlock alternate costumes which the player can use in levels.

Toad (M)
Add a photo to this gallery

There are four main playable characters. These can be dressed in interchangeable outfits unlockable with amiibo. The player can switch characters when booting up the game, and switch outfits at the bedroom, which is no longer a functional dome.

Some non-playable characters have roles in the game.

Many enemies appear in the game's various galaxies.

The game has many bosses. Some are new, and others return from previous Mario games.

Galaxies are sorted into superclusters instead of domes or worlds.

Mario can use various items to transform throughout the game.

Retrieved from "https://fantendo.fandom.com/wiki/Super_Mario_Galaxy:_Cosmic_Combat?oldid=2515473"
Community content is available under CC-BY-SA unless otherwise noted.