Unlike the Fresh Coat remake, Super Mario Bros. F5 is meant as an updated re-release with enough new content to warrant a modern cartridge. Despite this goal, it stays true to the original game's pixellated aesthetic—bright, angular, flat, and blocky.

Following the Mario Bros.' heroic rescue of Princess Toadstool, peace returns to the Mushroom Kingdom. But before long, all is for naught: King Koopa attacks, stronger than ever! He absconds to the Dark Zone with the sovereign and leaves the Mushroom Kingdom in disarray with his black magic. Can Mario, Luigi and their friends save the day once more?

As in Super Mario Bros. proper, the player controls a character on a two-dimensional plane the height of the viewport, making that character run and jump, collect items, and dodge and defeat enemies. The goal of each level is to grab the Goal Pole at the end.

Before the Dark Zone is unlocked, the Mushroom Zone, Flower Zone, and Star Zone must be completed in any order. Each zone has eight worlds with four levels each, as well as several skips for expert players to discover.

Second-level power-ups, found in certain Question Blocks if the player that hit it is already Super, are now selected at random. 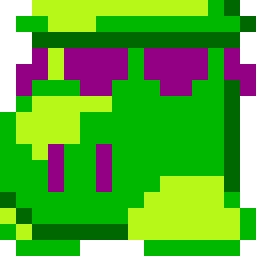 Goomba Shoes are also set to spawn in certain blocks. Unlike second-level power-ups, the type of shoe in each block is predetermined. Makeshift Green Shoes can also be found by hitting a block underneath a Sockop.

All shoes offer the player character an extra hit, keep them one tile tall, and protect them from being harmed by spikes from below, in addition to stacking with other power-ups unlike Yoshi. Green Shoes have no special abilities. Red Shoes provide nigh-immunity to fire and let the player character walk on lava. Blue Shoes give the player character floatier jumps and let them flutter-jump. White Shoes increase speed and grant all of the other shoes' powers as well.

The main game is home to six distinct zones, with potential DLC extras on the way. 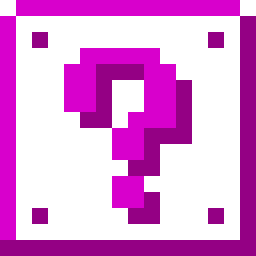 Mystery Boxes have a random chance of appearing in certain levels. Upon hitting it, the player character will be taken to a small challenge room where they must complete a certain objective in ten seconds. Objectives range from defeating all enemies to getting a certain coin count to finding a Hidden Block. If the player has met the objective when the timer is over, they will get an extra life as they leave the box. Either way, the Mystery Box will become a grey, transparent Used Block afterward until the level is finished, and the player character will spawn on top of it.
ninkancho
Retrieved from "https://fantendo.fandom.com/wiki/Super_Mario_Bros._F5?oldid=2433721"
Community content is available under CC-BY-SA unless otherwise noted.