Super Leaves are special leaves that could turn Mario into Raccoon Mario, and more recently, Tanooki Mario. Raccoon Mario can fly with its tail or attack with it. The Super Leaf doesn't appear much anymore, but it is the icon of the third classic cup in Mario Kart games. Besides the Super Leaf, however, there are many more items that give the power to fly, such as the Tanooki Suit and Cape Feather.

There is a special rare leaf known as Invincibility Leaf that grants Mario to turn into White Tanooki Mario (or White Raccoon Mario). It will appear after the player loses 5 lives in a level.

The Tanooki Leaf appears in Super Mario Moose as a power-up. It works similarly to its appearances in past 3D Mario games, where it slows the player's fall and it can let them swipe enemies with it's tail.

The Tanooki Lead appears again in Super Mario Moose Deluxe, acting the same as in the previous game. 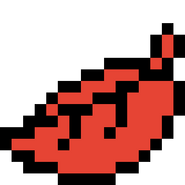 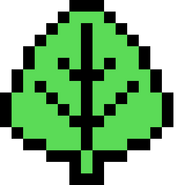 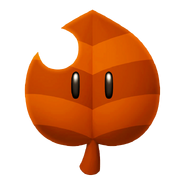 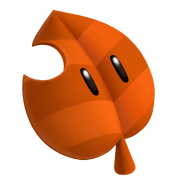 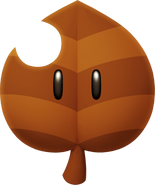 A Super Leaf in Mario Kart 7. 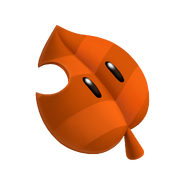 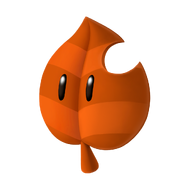 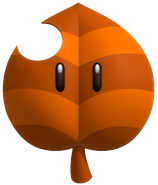 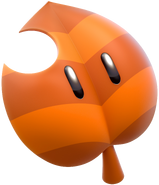 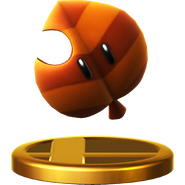 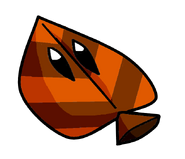 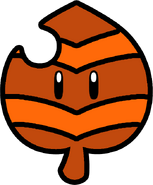 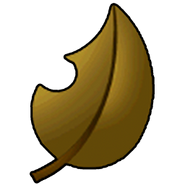