Sumo Bros., also called Fire Sumos, are a species of Hammer Bro. that appear in the Mario series. They first appear in Super Mario World as semi-common enemies. They reside on platforms high above ground and will stomp on them to attack, sending a bolt of lightning downward that causes pillars of fire to erupt on the ground below, damaging Mario. They can be defeated by either hitting the blocks they are standing on from below or with Cape Mario. Sumo Bros. later appear in New Super Mario Bros. U where they act the same, albeit now summon electricity instead of fire.

Sumo Bros. reappear in Lets-a-go, Mario. They act just like they did in previous games, except they make fire waves again instead of small electric shocks. 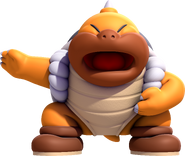 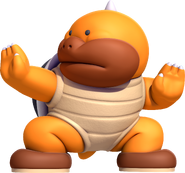 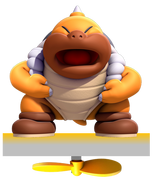 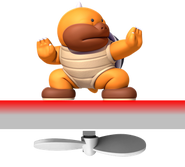 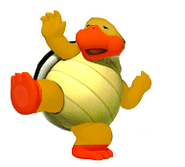