The Summoner Orb is an item which made it's first appearance in Fantendo All-Stars Racing. It has the ability to call forth a character to assist the user in a number of different ways which varies with each character.

The Summoner Orbs were originally created by The Fan, with the purpose of allowing him to summon any being in the Fantendoverse to him whenever need be. The Fan created them not long after the creation of the Beorns, and at the same time as the Finisher Spheres, meaning they are one of the oldest things in existance. The Fan also sent Summoner Orbs all across the Fantendoverse, where they are now used by its inhabitents.

A Summoner Orb is just a basic dark blue orb, on the inside a strange glowing core can be seen when it is in the process of summoning a character.

The Summoner Orb makes its first appearance in Fantendo All-Stars Racing. When the player gains the item it will randomly choose a character to call forth and assist the user, it is able to summon a character out of a select list of 20 in this game. See here for a list of characters it can summon in the game. Summoner Characters.

In Fantendo Sports Wii , the Summoner Orb plays a part in dodgeball. You can collect it from a Hortal, even though it isn't a Hood'em Item. If the player uses it, or use it as a power up, their racket partner comes to attack the opponent. If, however, the racket partner is the opponent, Yellow comes out.

In Fantendo and Nintendo Sports, the Summoner Orb is a part in dodgeball, swordsplay, juggling and Horse riding. In Dodgeball and Swordsplay the Summoner Orb summons a random character, who attacks the opponent, which damages their health and in juddgling if you have posession of a summoner orb when you drop a juggling ball, a random character will punch it back up into one of your hands. In Horse Riding, a character will come out and trip up the opponent's horse. If you use 50 summoner orbs, you will unlock the "Summoning like a boss" achievement, which gives you 30 WS.

For more information about Fantendo Desperation's Caster Characters, see there.

In Fantendo Desperation, the Summoner Orb casts a helping character next to his caster, normally attacking enemies, distracting them, or aiding their summoner. Only one character is avaliable per summoner, and each character can only summon one character.

Yet to be confirmed.

The Summoner Orbs make their debut appearance in the Fantendo Smash Brothers series within the game, Fantendo Smash Bros. Duel. It appears as an item that can call a character to help the user in battle, the characters it is able to summon can be found here.

The Summoner Orb makes its third appearance in the FSB series in Fantendo Smash Bros. Dimensions. A list of the summons it has in the game can be found here.

In Fantendo Smash Bros. Universe, the Summoner Orb makes its fourth appearance in the FSB series, a list of the summons it has in the game can be found here.

A Summoner Orb is owned by Chief Dongorio and given to Unten at the start of the game, it can then be used to switch which character you are playing as from any of the currently recruited characters while in the overworld.

Like most Fantendo fighting games Summoner Orbs can be used to call a helper for a short time. When used the user breaks it the core morphs into the assisting character. 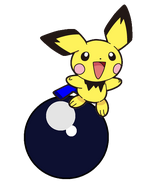 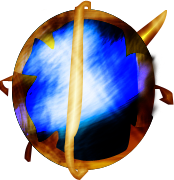 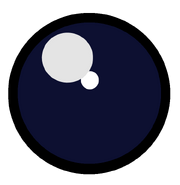 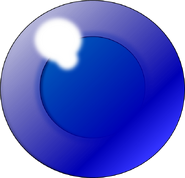 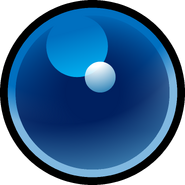