Sukapon is a robot who appeared as the main protagonist of Joy Mech Fight, a 2D versus fighting game created by Koichi Hayashida and Koichiro Eto and published by Nintendo. Sukapon is a robot designed to be an owarai entertainer by Dr. Little Emon and Dr. Ivan Walnuts, being the first robot in their series of advanced robots. After the disappearance of one of their creators, Dr. Emon remodels Sukapon into a military-grade fighting robot in order to stop Dr. Walnuts' plan to conquer the world.

When Dr. Emon and Dr. Walton created a series of robots together Sukapon was the only one that was left to be good after Dr Walton went rogue and tried to take over the world. The owarai robot was retooled into a military robot by Dr. Emon and had to go and retrieve the seven others that were created like them, so that Dr. Emon could reprogram them to be good. Sukapon was Dr Emon's greatest creation and he regarded them as a hero, however once their time in the limelight was over the Master Hand came and retrieved the thankless robot and put them into the outskirts.

Sukapon was a minor character in Captain N: Outskirt Warriors, who had joined the Outskirt warriors because as a military robot. Sukapon didn't know what to do aside from fight for their freedom. At the end of the battle Sukapon had remained behind.

By the beginning of Captain N: The Game Master Sukapon had been promoted to a general among the outskirt warriors, along with their friend Mike Jones, to replace the missing generals Pit and Little Mac. Sukapon's resolve to fight for their freedom had become even stronger than before.

Sukapon was programmed to respect those above them and so they held a great respect for King Charles like the others in the outskirts. Sukapon wanted even more to be able to please everybody else and to escape the outskirts which had become progressively more dangerous since the war.

Sukapon appears in Super Smash Bros. Zero as an unlockable character. You unlock them by playing 25 times with Mr. Game and Watch or by encountering them in the Story Mode. Sukapon's movements are directly based on the game in which they appeared, Joy Mech Fight, and as such still has no limbs. 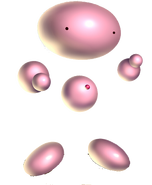 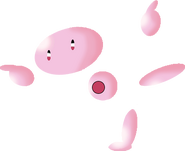 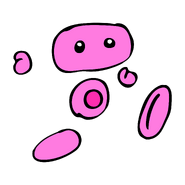 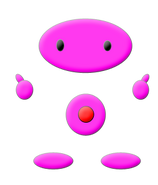 Art by PaytonJames2005
Community content is available under CC-BY-SA unless otherwise noted.
Advertisement