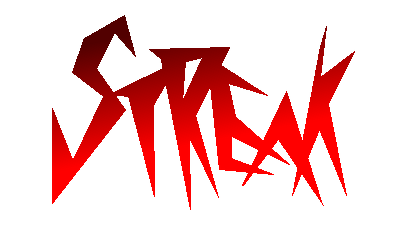 Streak is a platform fighter formerly developed by Pyro Enterprises as both a love letter to games in the genre, including Super Smash Bros. and Rivals of Aether, as well as classic platforming series Mega Man. It is now being developed by Kutenaiabi. The game is being released on both the Pyrohedron, the Midas and the Pharo, with cross-platform gameplay said to be in the works.

The game is said to based around having an "unprecedented level of character customization", with players able to customize characters and their abilities at a core level.

Gameplay in Streak is similar to most platform fighters- players battle across a 2D stage by running and jumping as well as utilizing various attacks and special abilities. Unlike most platform fighters, the health of players is not tracked by percentage, but by an armor-like system referred to as the Health Tri. The Health Tri is a triangle-shaped meter that acts similarly to a traditional health bar, but every time it is emptied, it instantly fills and transitions from its starting blue color and fades closer to red. Every time the Health Tri is reset, the player will suffer more knockback from attacks, changing from essentially no knockback on the first Tri to extremely high knockback on the ninth or tenth Tri. Each Tri consists of 35 HP.

Much like Smash Bros., death occurs when a player is launched off the stage via knockback. Upon respawning, the player is set back to their first Tri. This will also deduct a point or stock in Time/Life matches.

The Streak is a central gameplay mechanic- it acts as both the player's combo meter and a traditional "super meter". As players build combos, their Streak rises depending on the number of hits they manage to make, with the total being added to the player's SP after the combo finally ends by taking damage. If a player dies with a running Streak, the Streak is erased rather than being tallied. Long enough Streaks in very close succession may trigger multipliers, which increase the SP earned after the Streak ends.

After SP is tallied into the player's total, the player is able to spend it mid-match on various rewards, such as healing, offensive or defensive items, stat boosts, or powerful attack abilities known as Streak Enders. The player selects a reward to spend SP on via the Pyrohedron or Midas's scroll wheels, then presses both bumper buttons to spend SP and purchase the selected item or buff. 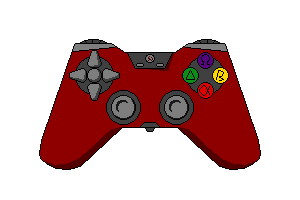 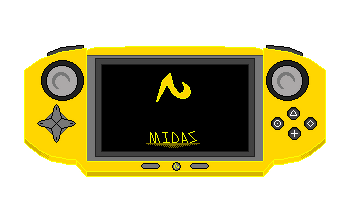 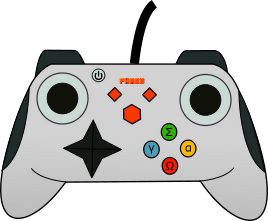 A standard multiplayer battle inspired by Smash Bros. Choose your characters, set your rules, pick a stage, and get to fighting!

A story mode starring Strika as she ventures across the world to determine why Synths are being corrupted by a mysterious virus, and hopefully save them from it. Synthesis is similar to a fusion between classic Mega Man games and Subspace Emmisary from Super Smash Bros. Brawl, having the player as Strika navigate large levels to reach the boss at the end.

Within each stage are several varieties of enemies, which do not make appearances in the main Battle modes and are primarily fought in Synthesis itself. If killed by Strika's Neutral Power, Analyzer Shot, each enemy changes one of Strika's attack moves to a unique attack or grants her passive perks, slowly customizing her over the course of the level.

Boss characters are one of the primary playable characters save Strika. Though they do use default customization options otherwise, these characters are customized to have elemental weaknesses and resistances that are normally not applied in the base game, making them act more like traditional Mega Man bosses.

One of the most in-depth modes in Streak, the Character Editor allows players to save up to 10 customized variants of each character and utilize them in combat. Players are given a set amount of currency known as XP, which they can spend on various enhancements to the character in order to change up various aspects of their attacks and abilities. In contrast, players may weaken some aspects of the character in order to gain extra XP, which can be spent to further enhance other aspects. The customizable aspects of characters and their moves are as follows:

A stage creation engine, the Stage Creator acts as a throwback to the stage creator of Brawl by working as a block-based system similar to that of the Wii U title Super Mario Maker. Players are able to use a variety of tools to create stages on which to battle.

The available tools for stage creation are:

Stages can be shared online, but are reviewed by moderators who are asked to playtest the stages before releasing them to the public. These moderators help divide the stages into two groups:

Using simple tools, players can create a custom palette for their favorite fighter and take it into battle! Custom palettes can be shared online for other players to download.

Retrieved from "https://fantendo.fandom.com/wiki/Streak?oldid=3332569"
Community content is available under CC-BY-SA unless otherwise noted.