Start a Wiki
Storybook is a home console by Beanstalk Inc. to be released on November 28, 2011. Sadly, it was delayed until January 6, 2012. Storybook is an eighth-generation home console, competing with Wii U, Xbox One, Playstation 4, and SP1DR. The controller is similar to the Nintendo GameCube's with a small feedback screen in the middle and motion controls (Not as overused as the Wii's). It comes with two wireless controllers, a 10GB SD card, a double-charging station, and a copy of Book1 for $219.00 USD. The Storybook includes a Friending Setting, an nice online network (Beanworks), DLC, and demos. In Europe, one day after in America and on February 2 in Japan. It's handheld counterpart is unknown.

Anything in the category Storybook games will appear here. 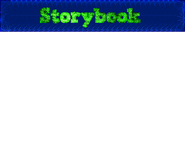 Boxart Template
Add a photo to this gallery

Retrieved from "https://fantendo.fandom.com/wiki/Storybook?oldid=3265156"
Community content is available under CC-BY-SA unless otherwise noted.