Paper Mario: Search for the 8 stars

Stone Spikes appear as enemies in this game and one is a partner for Mario.

Stone Spikes reappear as enemies in Mario & Luigi: Sage Quest, marking this their first appearance in a role-playing game. They are found at Mount Grumbledome, and are fought alongside Tanoombas, Monty Moles, Bullies and Rexes. Stone Spikes attack by throwing spiked boulders (or just regular boulders) at Mario and Luigi, similar to Spikes, but are faster and deal more damage. They also act similar to Spikes in the overworld, though they throw boulders instead. 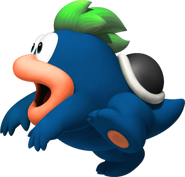 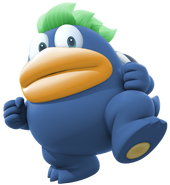