Star Bits are the secondary currency of Super Mario Galaxy and Super Mario Galaxy 2. They come in many functionally identical colors. Star Bits serve as the favorite food of the Lumas. Feeding a Hungry Luma enough Star Bits prompts them to transform into a new planet or small galaxy, leaving behind a Pink Launch Star.

Star Bits can be shot at enemies to stun or defeat them but this will deduct from the player's Star Bit total. They also cannot be recovered if fired. In return, using the Star Spin to defeat enemies tends to cause them to drop Star Bits instead of coins. 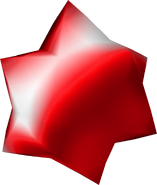 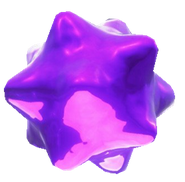