Splatoon 3 is the third entry in the Splatoon series. It features new gamemodes, maps, weapons, and other new features. Additionally, the game features two add-on singleplayer campaigns: The Grizz Chronicles and The Great Turf War, as well as a DLC expansion pack called Jelly Heist.

The game will debut new music tracks, along with old ones that will return through Off the Hook Records. New bands consist of Flash Flood and Squid Surfers. 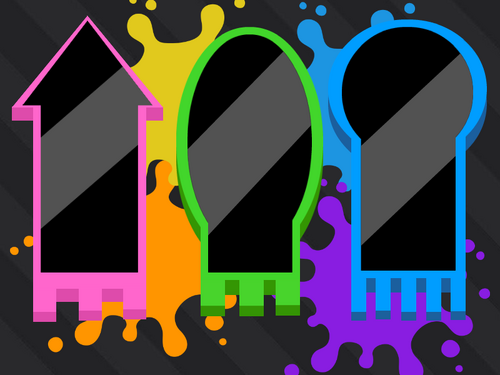 The qPhone is the latest piece of technology from the developers of the CQ-80. It comes in various models depending on your species.

Using your qPhone, you can watch the news broadcast, listen to the music you want to listen to in battle, choose your Splatfest team, as well as receive alerts on when your order from Quilla has arrived. Additionally, it can be used to teleport to locations instantly. It is activated by pressing X in Inkopolis Airport.

Inkopolis Airport has become the hottest place for Inklings, Octolings, and Jellylings alike to participate in Turf Wars. Here, you can shop, grab a quick bite, and take flights to battles!

The airport contains three terminals. 2 are explorable, while one is dedicated to being the battle lobby.

Deca Terminal is where you go to play in matches and various gamemodes, as well as local play.

The Shoreline consists of many shops. Here you can buy gear, as well as a quick bite to go!

Grizzco is now run by C.Q. Cumber, who has escaped from the Deepsea Metro. He's made the working conditions for Salmon Run much safer, but that doesn't mean it's no longer dangerous!

DJ Octavio has been ousted from power for his many failures. A new leader has risen up, desperate to keep the Octarian legacy alive: Dr. Octane. Under his leadership, the Octarians have become much more powerful and have even discovered human technology that they could use to their advantage. A war is coming...

Inside the crowded airport, a disguised Callie and Marie await, waiting for the right person to recruit. The other agents: Agent 3, Agent 4, and Agent 8 are all occupied with fighting against the Octarians on the tropical Octo Isles. The Squid Sisters, desperate to find help, decide to recruit you as Agent 5 of the New Squidbeak Splatoon.

As you venture through the Octo Isles, you will discover many things about the world of Splatoon's history, including the downfall of the humans, the Salmonids and more.

Unlike the previous campaigns, levels are more open and are not just narrow platforms floating in a skybox. 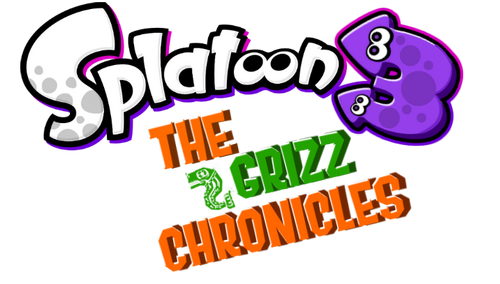 Discover the mystery behind Mr. Grizz! Why is he doing this, and why did he need the golden eggs? Play as Callie and Marie for the first time and investigate what Mr. Grizz is really doing in this Salmon Run-focused story prequel.

Experience the Great Turf War! Play as a younger Cap'n Cuttlefish, General Sharkbait, and DJ Octavio as you dive deep into Splatoon's lore. 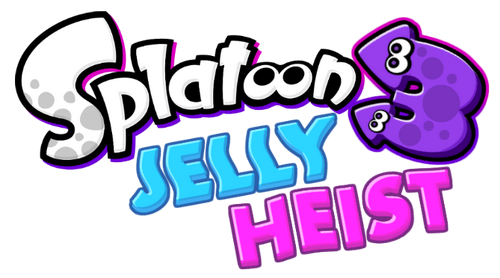 Deep in the ocean are the hiveminds.... perhaps they're bigger threats than the Octarians. Work with 3 other players to clear through dungeon-styled levels as you work with the Inkopolis Government to free the Jellyfish, who have become hostile as of late. 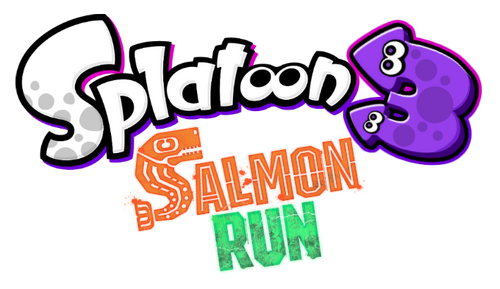 Salmon Run has been drastically changed from Splatoon 2. Most Salmonid Bosses have been replaced, with the new ones being based off Splatoon 3's Special Weapons instead. Additionally, Grizzco is reportedly under new management and is now ran by C.Q. Cumber.

Variants of main weapons have been removed, and there is instead a new feature that allows you to choose the sub and special of your weapon. You can talk to Quilla to do this, but it comes with a price. Weapons will have default sets if you can't afford to change them.

Retrieved from "https://fantendo.fandom.com/wiki/Splatoon_3_(Bearjedi)?oldid=2772256"
Community content is available under CC-BY-SA unless otherwise noted.