Spaghetti is the main character of Gridlock, and a little girl. She loves exploring in every way.

In Gridlock, Spaghetti made her debut by, along with Linguini, Arthur, and Crim, saving her little brother, Noodle from Lord Gridlock. After defeating the Lord's cronies she eventually fought him and defeated him. Then she and everyone else had a picnic at the end of the game.

In Gridlock 2: Spiez Wanted, Spaghetti, along with Linguini and Noodle, team up to become spies and carry out various missions that are handed to them, after defeating Monstrous Monacle at the end of the game, she is knighted, but she resigns from her spy position.

Spaghetti is a pink Heartgirl with a red bow. She has blue eyes, in Gridlock 2, she wears a bowtie and sunglasses.

Spaghetti gets excited very easily, and is always very hyper. She is also shown to be daring. 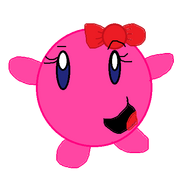 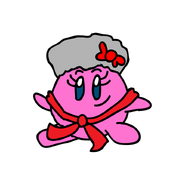 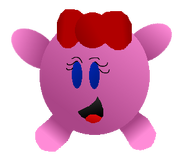 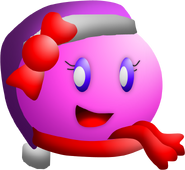 Spaghetti Christmas art by Toad'ShyGuy (t∣b∣c)
Add a photo to this gallery
Retrieved from "https://fantendo.fandom.com/wiki/Spaghetti?oldid=1722219"
Community content is available under CC-BY-SA unless otherwise noted.