Soul Glitch, known by extension as Soul Glitch ✦ The Countess, is an action, fighting, and role-playing video game created by solarrion (t∣b∣c), set in a remixed timeline of the Tess Saga trilogy of video games. The title sees some of the previous cast of characters return, however, the roster is still lined up with new additions and the re-telling of old stories wrapped up with new plot twists and developments, creating a sense of familiarity flattered with difference.

The game is planned to be released onto the Pacifico, Nintendo Switch and PlayStation 4 platforms through Solarrion Studios in an undetermined year. The game was rated 17+ Mature by ESRB and given an 18 rating by PEGI.

The project was initially created on July 23rd, 2019, with a simple logo and a small synopsis of the game's core elements. It was later revealed officially two days later on July 25th with a finished logo, and the confirmation of the first playable character - Tess, with a redesign.

At the beginning of 2020, the game received a new direction along with a much needed face lift in content. A new logo was created and revealed, along with plans on shifting the direction of gameplay to suit more of a fighting-game feel rather than the visual novel direction previously, taking notable inspiration from the Super Smash Bros. Brawl Subspace Emissary story mode. In note of this, the stages concept was ditched and replaced with open-area levels and quests that the player can explore for themselves, making the game feel less linear, and also providing more replay-ability and interesting level design.

Intentions for the title have always been to tie up the loose ends presented through under-developed content in The Tess Saga, as well as other Solarrion content where stories weren't told as they were intended. This led to the inclusion of Esme in the game, for example.

Soul Glitch takes place in a large man-made metropolis called Diamond Dust, commonly abbreviated and known hereby as Diadust, in the year 2043. Diadust used to be a bustling, thriving concrete jungle until the city was hit with an unprecedented and sudden heatwave. The heatwave has left the metropolis at a standstill, with many of their natural resources, wildlife and nature being utterly destroyed - the people of Diadust have no idea how to handle the situation or what to do to bring the city back to its peak. Due to this state, the city erupts into chaos - pillaging, rioting and other petty crimes run riot across the city, causing devastation and terror to all of the civilians.

Corrupted Radiance is the name of the main story for Soul Glitch. The story is revealed through an episodic format, complimented by cut-scenes at important parts throughout the game. For the sake of simplicity, the story is explained through episode summaries which can be found at the link below.

Soul Glitch is played through a level system represented through the Districts of Diadust. Diadust is divided into several districts which the player can explore, unlock, and develop as the story progresses. Levels are discovered within these districts which create the story and allow progress to be made, however, all districts are home to little secrets and other surprises which can only be unlocked through the likes of exploration and side quests.

Taking inspiration from games like L.A. Noire, the player has a task book, which acts as the main menu for the game during gameplay. This allows the player to see their progress on missions, note down side quests, present information on foes, as well as customisation options like controller mapping, screen brightness and the like.

Soul Glitch uses a multitude of options and customisation tools to really feel like the player is developing their squad and building a unique team.

Every character has equipment that the player can add to enhance their character's stats. Following typical layouts from games like Runescape, you can equip items to the head, body, and feet of a character, as well as giving them accessories (i.e. rings, necklaces, glasses).

The main stats present in the game are:

Every character has specialities, which is reflected through their starting stats. Through a levelling system, characters become more powerful and have more powers gifted to them. Characters gain experience from defeating enemies, or through making deeper friendships with other characters. Additional experience is also collected through completing quests, and through completing achievements in the game (i.e. 100 kills).

Soul Glitch has a turn-based system for combat. Each character has a unique moveset which allows them to perform different attacks with different conditions. Taking inspiration from Final Fantasy, and Pokemon, when the character interacts with an enemy in the over world, they descend into a fight. The player is then given some options such as "FIGHT", "BAG", "RUN", or "CHARM". If the player successfully defeats an enemy, they will receive experience points for any character involved.

These different attacks can also be used against objects to aid your advancement and help you find secret areas, such as using a fire-based attacks to burn something down, or using ice to freeze a lake in order to cross it.

Another major part of the game play is the exploration aspect. From the beginning of the game, you are free to explore as much as you like of your unlocked Diadust Districts, at the beginning of the game you will only have Panterra unlocked, but as the game progresses many more will open up and even some previously unreachable areas in unlocked districts will become accessible. Through exploring the world, the player will learn so much more about their favourite characters, the overall story, sub-context, relationships between characters, and so much more.

Missions are unlocked by interacting with characters that have a "!" over their heads, indicating they need help with something. Missions can range from a multitude of conditions, such as retrieving an item, defeating a beast in the world, taking care of a petty crime, locating a character for them, or similar sorts of situations. Missions also allow you to use any character you wish to complete them, as in the over world you can change into whatever character you please and missions take place in the over world.

While you navigate the game, you will have opportunities to collect an in-game currency known as "Diagems". These are specialised gems which can be used to purchase goods by the player in a multitude of stores in the over-world. Examples of items that can be bought include alternate costumes for the playable fighters, as well as alternate costumes for NPCs which you can donate as gifts to them upon interaction, exclusive moves and animations to add flare to a character's move, and even donate to the metropolis' mayor in order to help rebuild broken parts of Diadust to unlock new areas.

Friendship is another big game mechanic in Soul Glitch. When playing through the story, you'll come across moments where your character can speak with a selection of replies being available. Your replies will determine whether your friendship with the character(s) you're interacting with increase or decrease.

Increasing friendship with characters unlocks new moves for them called Double Trouble moves. These moves are exclusive between two characters, allowing them to attack together utilising their abilities.

Soul Glitch is set in the metropolis of Diadust - a once bustling metropolis that has descended into chaos following an abnormally strong heatwave which wiped out a considerable amount of nature and wildlife in the city.

Below are the levels in the game and how to complete them.

Here is the roster for the Soul Glitch. The only starting character is Tess, with other fighters becoming unlocked through the story, missions, or other various methods in the game.

To explore the fighters, visit this subpage, or click a portrait to visit a character's section. 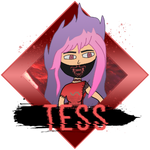 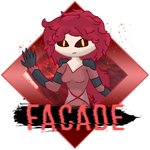 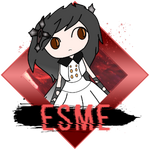 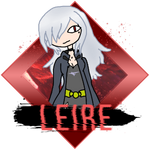 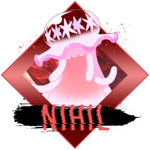 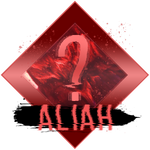 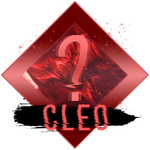 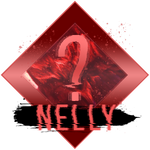 Guests are characters that appear in the over world, but are not playable fighters. They can be interacted with by various other characters, and may even give out sub missions or quests. 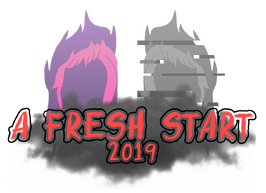 The first teaser for the game.
Add a photo to this gallery

✦ July 23rd ✦ Ideas for the game were conceptualised and organised, and a basic logo was created.
✦ July 25th ✦ The game was revealed and Tess was confirmed as the first character, with a redesign.
✦ July 26th ✦ Tess' subpage was created, stages were added and a teaser was revealed.
✦ July 28th ✦ Added two new districts and announced a new character, Facade.
✦ July 29th ✦ Created Facade's subpage.
✦ July 30th ✦ Revealed two new characters, Esme and Leire.
✦ August 1st ✦ More depth added to the game play, including the reveal of the friendship mechanic, in-game currencies, more clarification on the combat system, and Double Trouble moves.

✦ January 3rd ✦ A change in direction, modified logo, and general changes to the article's written aspects.
✦ January 8th ✦ Redesigned the roster icons, and made several modifications to the Fighters subpage.
✦ January 16th ✦ A new character, Nihil, was revealed. And in turn, a new district, Steelwings, was also revealed alongside it.
✦ June 16th ✦ Three new characters were revealed, Aliah, Cleo and Nelly. Four new districts were revealed,