Sonic is a playable character in Super Smash Bros. Calamity. A hedgehog whose speed rivals that of the speed of light, Sonic was Mario's rival during the console wars against their respective companies. Even though Sonic was much more popular than Mario, that didn't stop Nintendo from making superior console and handheld titles than SEGA. Sonic is known for defeating Dr. Eggman on multiple occasions, and fighting even greater evil with his best friend Miles "Tails" Prower and Knuckles the Echidna, the latter who was tricked by Eggman to take the Chaos Emeralds from Sonic.

Sonic now says "Time to party!" during his on-screen appearance.

Sonic has a new victory pose, which now matches his act clear animation from Sonic Mania and replaces his breakdance victory pose (even using the quote said in that victory pose).

Sonic has a new up taunt, which involves him spinning horizontally and waging his finger. His previous up taunt is now his standard taunt.

Sonic can now use the Drop Dash, a feature that was included in Sonic Mania, improving his ground game.

Sonic has a new up tilt, the Sonic Up Draft from Sonic Battle. While it doesn't hit twice, it does have combo potential, juggling aerial opponents and is a good anti-air tool.

Sonic has a new down tilt, the Skid Attack from Sonic Advance, which a sliding kick with both legs. While it has slightly more range, it is weaker.

Sonic has a new down smash, a backflip motion kick similar to the Sonic Flare from Sonic Battle.

Sonic has a new forward aerial, the Sonic Eagle/Axe Kick from Sonic Battle and, to a lesser extent, Sonic Chronicles: The Dark Brotherhood. It can strongly spike opponents should they get hit by the sweetspotted by it and even when it is sourspotted, it's still a great killing move.

Sonic has a new down aerial, the Stomp that debuted in Sonic Unleashed (though it's start-up animation makes it reminiscent to the Bound Jump that first appeared in Sonic the Hedgehog 3), though it acts the same as his previous down aerial.

Sonic can use Homing Attack three times instead of once until he touches the ground, although he can only hit one opponent with each Homing Attack. A reticle also appears when using the move, taken from Sonic Generations.

New side special, the Light Dash that debuted in Sonic Adventure. It deals less damage than his former side special and it travels a short distance and leaves Sonic helpless afterwards.

After performing the Spring Jump, Sonic's side special changes to the Humming Top, a move that debuted in Sonic Advance 2. This move allows Sonic horizontally recover, and is powerful enough to K.O at percentages above 95%, though it makes Sonic enter a completely helpless state after using it. 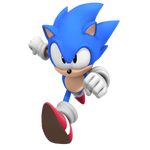 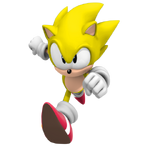 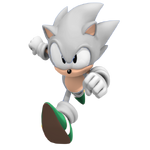 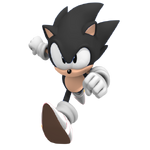 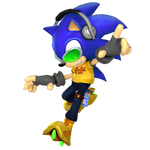 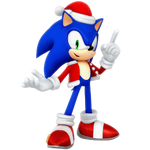 Retrieved from "https://fantendo.fandom.com/wiki/Sonic_(Calamity)?oldid=2972115"
Community content is available under CC-BY-SA unless otherwise noted.