Start a Wiki
“There is one element that overtakes all... ”
— Tagline


Sonic: The Void Diamond, also named Void Sonic in development is a platforming game developed by Void Admins, published by SEGA and with assistance from Sonic Team. The game soon released for the Xbox 1, Playstation 4, PC and Nintendo Switch.

The game is a 2D game but isn't a sequel to the highly proclaimed Sonic Mania. This game focuses on strategy, having to use Sonic's new power to get pass more dangerous obstacles.

This game plays out like the previous Classic Sonic games, there's Sonic and characters to choose and you go through Zones with three different acts until you get to the boss. Mechanics and gimmicks are also taken from these certain games too. There are different stories for each character and sometimes even different zones, made to suit that character only.

Like almost all Sonic games, rings serve as your survival item, holding one or more will protect you when getting hit. Being hit will scatter your rings across the stage, but they are able to be recollected if you are fast. Getting hit again will grant you with one life lost, getting a hundred rings will grant you with one life gained. Deaths are able to be triggered in different ways, such as falling into pits, getting crushed by a moving object and drowning underwater. You then spawn back to a Lunar Poll they have proceeded through or just start the whole level again if you haven't. If careless, you might run out of lives and get a game over. In this game, you cannot continue and you'll just be sent back to the hub. Rings also serve as your power supply for your void powers (that we will get onto later) and some rings can be lost so you can use those few attacks.

Chaos Emeralds also return, being able to be collected in a special stage, once the objective has been completed, you get the Chaos Emerald. Once all seven have been collected, you can turn into the form, Super Sonic, who is much faster than the regular Sonic.

Void Powers are new powers that are introduced in the Web Shrine Zone. Two of them are available from Act 2 when Sonic absorbs the gem's power from when it appears in the ground, the Drop Dash and Double Jump. You can only use one Void Power but it can be changed in the settings. More powers can be gotten in other zones when there's a purple tint in the ground. More powers such as the Boost Mode or Humming Top from Sonic Advance 2 can be obtained too.

The story mode is the main mode that you start off with, there are ten files to begin your adventure at. Your objective is to collect the Seven Chaos Emeralds to get back to Sonic's world and defeat Eggman and Metal Sonic. Unless you play as Metal, all the characters have the same objective. Metal needs to complete different objectives to complete his act.

After Web Shrine is completed, the player can replay any zone they've completed in the Time Trial mode, once they complete it, their time is saved. The time is then saved as a badnik to race and win against.

Every century, the Void Diamond fulfills itself with power until it has enough. When it starts to release as much as it can hold, sometimes voids will appear that are able to suck up one person. Victims of these have never returned, however, a huge discovery says that this void is able to teleport to a place with more advanced materials. And of course, the Eggman has attempted to get these materials. Sonic is just snoozing as usual until he feels a strange power in him. "This... feels really odd." As he thinks, he feels a sense of energy inside him. This was the power of the Void Diamond.

Eggman finally found a void and he flew straight into it. Sonic headed straight for him, but he saw only one person could go into the void. That's when he saw Metal Sonic on the ground, barred from entering the portal. Then the two raced to see who could get inside one first. Sonic chuckles delightfully until somehow, a void opened up just near him, catching Metal inside it too. Where has he gone to? Apparently, it's just for storing in pests like him. Sonic finds the portal he has been looking for and finally gets inside.

After entering the void, Sonic finds a more greenier area, with a lot of bushes. Metal Sonic senses the area and sees where Eggman has traveled. Metal flys away, shooting Sonic away while he was disturbed by the abnormal amount of bushes. Like a true hero would do, Sonic runs off to see where Metal is heading.

Sonic is the main character of the game and is unlocked at the start, he is the fastest character in the game. He has his iconic spin dash and Super Peel-out from Sonic CD and Drop Dash from Mania, but now since he has the Void Gem's power, he can now go faster by performing the Peel Out for more longer. He is also able to summon a single weak void to hold enemies in, solve puzzles with and even teleport with enough power. 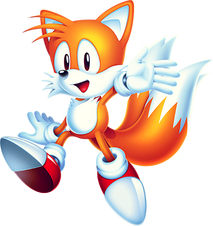 Tails is Sonic's best pal and is unlocked from the start. Unlike him, he cannot perform the Drop Dash, Peel out or the teleport ability. However, he can fly for a short period of time before needing more air. But wait, he can swim too! He can use the void to hold enemies and solve puzzles while flying. 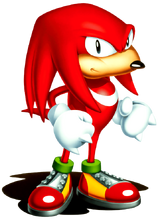 Our boy Knuckles is unlocked at the start. Knuckles cannot do the Drop Dash and teleport, instead he can glide, climb walls, break through walls and even punch. Too bad he has a low jump, better what where you leap! 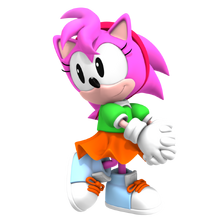 Sonic's 'girlfriend' is unlocked after beating the story mode. Amy cannot Spin Dash, roll, Drop Dash or use the teleport abiliy, hence making her the most different out of the characters. She can use her hammer to attack, using it in midair will make her swing it around, she can use it to eject herself into the air and even use it as a propeller. However, she is slightly slower than her 'hero.'

The metallic version of Sonic is unlocked after beating the story mode. Metal is almost identical to Sonic, minus the Void Powers. He's able to create a ring shaped spark field to protect himself and if you have enough rings (50) you can perform the Maximum Overdrive Attack, it allows you fly out with a huge energy wave surrounding you for about ten seconds. Metal needs to regain energy after that attack because robots also need rests. A weaker version can be used for one ring, the field is just small enough to fit Metal.

Just like all Sonic games, there are a lot of objects to find during gameplay. Some could be rewarding, others could be dangerous.

The Badniks are Eggman's robots, they are sent out to defeat Sonic and his friends but (most of the time) they are easy to destroy. They come in many different forms.

Retrieved from "https://fantendo.fandom.com/wiki/Sonic:_The_Void_Diamond?oldid=2879369"
Community content is available under CC-BY-SA unless otherwise noted.