Snively is the main character of the Snively series. He's a young man with unnatural power to control nature and protect himself with a shield of light. He haves a girlfriend, who is named Lily.

Snively is a courageous man which likes to help anyone, no matter if they really need it or not. He is rather calm man who likes peace, but when something is happening to his village in forest, he will defend it with honour. He thinks that his powers could be given to someone that would need it more, but is feeling alright with them.

In his free time, he likes long walks, and sometimes he cooks, in which he is pretty good. Most people think he haves a nice smile, and most of girls in his village think that the is pretty good-looking. However, he likes to have right, and doesn't like when someone disagrees to him. He is rather mature for his age.

When in his Servine form Snively wears his trademark red cape like when in human form, he has red eyes and also all the features a regular Servine would possess. 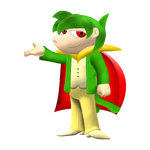 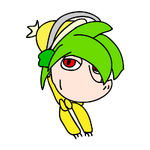 Christmas art By Arend (t∣b∣c).
Add a photo to this gallery

Retrieved from "https://fantendo.fandom.com/wiki/Snively?oldid=1722208"
Community content is available under CC-BY-SA unless otherwise noted.