Skull Kid is near-indistinguishable from other members of his species, thus making him similar to Toad and Yoshi. He wears an orange tunic with green pants, both of which seem to be made of a straw-like material. On his hands he wears green gloves with bands around his wrists and his fingers exposed; while on his feet he wears pointed orange shoes with brown buckles. He wears a large hat that can be compared to a sun hat and is commonly seen wearing Majora's Mask.

Skull Kid, like other members of his species, is generally shown to be mischievous. Under the effects of Majora's dark magic, however, he becomes sadistic and his jokes become dangerous. Though he acts childish, Skull Kid is supposedly hundreds of years old, and is the subject of a Terminian myth about the Four Giants. 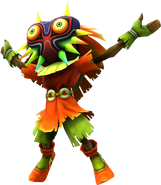 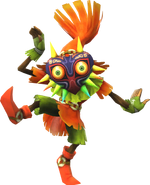 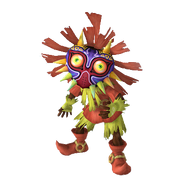 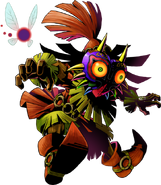 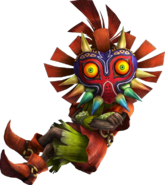 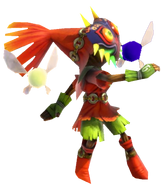 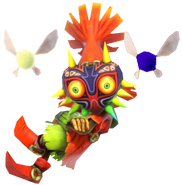 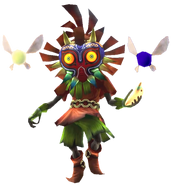