Sidesteppers are crabs that appear in the Mario universe. They come out of pipes and scuttle sideways. They originally debuted in Mario Bros. and were some of the first enemies Mario fought, although these days they tend to be delegated to cameo roles.

Sidesteppers are red crabs with large pinchers and stalk like eyes. They feature large mouths that become visible when angry. They can turn different colors and speed up when hit.

Sidesteppers emerge from a pipe and walk towards the bottom of the screen. When hit from below, the Sidestepper becomes enraged and speeds up, requiring it to be hit a second time to be flipped over, in which it can be run into to defeat it. If not defeated after a certain time, it'll turn blue and speed up. If left alone a second time, it will turn purple. If the last target on the stage is a Sidestepper, it automatically turns purple.

Sidesteppers appear as enemies in Super Mario Bros.: The Lost Worlds as a enemy in the first world of the game, which is a retro callback to Mario Bros., Donkey Kong, and Donkey Kong Jr.. They cannot be hurt unless a shell hits them or they are taken out from below, similar to how they have to be defeated in the original Mario Bros..

Sidesteppers appear as a character in Lucky Wars. They have special enhanced dodge frames that allows them to sidestep obstacles but they are weak to groundshaking attacks like earthquakes. They are pretty common to get, being a 70% chance. 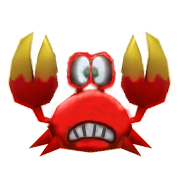 Art by The Logo Cooler 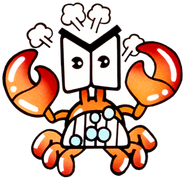 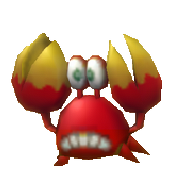 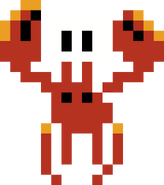 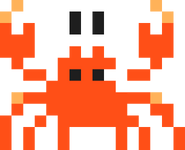 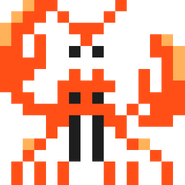 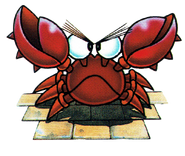 Add a photo to this gallery
Retrieved from "https://fantendo.fandom.com/wiki/Sidestepper?oldid=3227457"
Community content is available under CC-BY-SA unless otherwise noted.