“The Monado... I hope I can figure out the secret of its power one day.”
— Shulk, Xenoblade Chronicles

Shulk is the main protagonist of Xenoblade Chronicles. He likes to think things through and is very methodical in his approach to most situations. Early details show that he is able to wield the a sacred blade known as the Monado, due to the fact that he was one of the only survivors on a previous expedition to retrieve the weapon. He first acquires the sword when his home, Colony 9, is attacked. His first act upon acquiring the destined weapon is to fight for an end to the war with the Mechon.

Shulk is a playable character in the Super Smash Bros. series, debuting in Super Smash Bros. for Nintendo 3DS / Wii U. His Neutral Special move gives him the ability to change his attributes in battle using his Monado Arts, such as Speed, Shield, and Buster. There are also some Monado arts invented for the sake of the game, including Monado Jump and Monado Smash. His moveset is as follows: 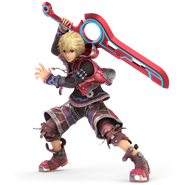 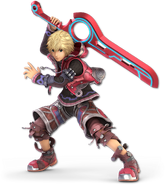 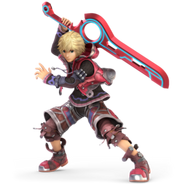 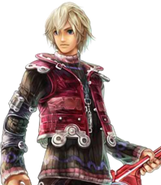 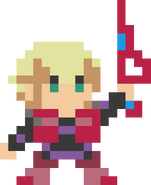 Add a photo to this gallery
Retrieved from "https://fantendo.fandom.com/wiki/Shulk?oldid=3242734"
Community content is available under CC-BY-SA unless otherwise noted.