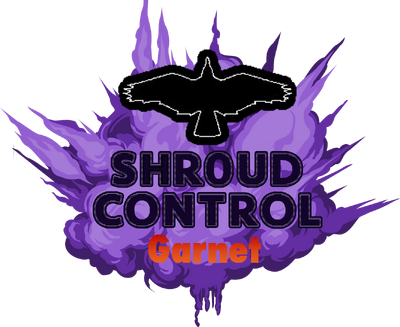 NOTICE: Considering that this is a game based entirely around villians, there are bound to be some spoilers for games included, especially more recent ones. Be cautious as you navigate the page, please!

The game begins in a secluded forest, home to a small building known as the Vill-Inn. The Vill-Inn is a small restaurant and bar that acts as the gathering place for bad guys on their free time. This building catches the attention of Raven, a mysterious bad guy who has a Gift for transforming into a raven. Raven wants to help villains across the universe regain their reputations following a series of lackluster plans and embarrasing failures, giving them the dangerous charm they once had. After a short speech, Raven convinces the characters at the Vill-Inn to form a collective group that aims to unite evil across the universes.

The gameplay is seperated into two portions: platforming and battle.

When not in battle, Raven and his fellow teammates will traverse a 3-dimensional world akin to Super Mario RPG's overworld. The main hub is the Vill-Inn, a tiny restaurant that acts as a gathering place for villains. It is here where the player can rest up, purchase items, and recruit new villains. By targeting certain universes across video game culture, the player is able to travel around with up to 3 seperate partners at a time. Each partner also has their own Gift that can be used in the overworld, which is used for puzzle solving in order to advance.

Battles take place on a gridded plane, that varies in features depending on the location. Each character can choose to attack with a weapon, utilize a certain Skill, or use an item. Basic attacks are decided based on the weapon that the character is equipped with, having different effects for each manuever. Every character also has a special set of Skills unique to them: Offense, Defense, Support, and Disrupt.

When using basic attacks, a player's element has an effect on how much damage is inflicted. Fire is effective against Water, Water is effective against Earth, and Earth is effective against Fire. Lightning and Darkness are effective on each other. Elements are not counted for skills, as they are used through a seperate meter divided into 3 sections at first. By performing well in battle, this meter fills up, and in order to use a Skill, a certain amount of sections must be drained of energy. The number of sections or effectiveness of the Skills can be upgraded at the Vill-Inn.

There are a total of 20 villains within Shroud Control Garnet naturally; 4 of each element. By connecting with Shroud Control Lapis, 5 more exclusive villains can be obtained as well. With some exceptions, most villains are found within respective universes, waiting to be recruited. Each character has their own unique stats and a set of 4 skills, which include Offense, Defense, Support, and Disrupt.

There are a total of around 25 universes found naturally within Shroud Control Garnet, with 5 being exclusive to the Garnet version, as well as an extra 5 only found in Shroud Control Lapis. Every universe can be accessed through the Vill-Inn, and these universes provide the bulk of the gameplay. The goal within each universe varies, but generally it involves either recruiting a villain, taking down a hero, or both. While some universes are required to be traveled through at certain points for story purposes, usually the player can select at free will from a pool of universes until it is complete, at which point the next story-centric universe appears.

Doc Chapman, a surprise villain from Hanabi Games.
Add a photo to this gallery

Retrieved from "https://fantendo.fandom.com/wiki/Shroud_Control_Garnet?oldid=2071628"
Community content is available under CC-BY-SA unless otherwise noted.