Shell Mario (sometimes referred to/also known as Blue Shell Mario or Koopa Mario) is one of Mario's Power-Ups. Mario can access this form by putting on a Blue Shell, or by hitting Shell Blocks in Mario & Luigi: Bowser's Inside Story.

Shell Mario can act like a Koopa Shell. With running speed, Shell Mario can slide across the ground inside his shell. While sliding, he bounces off of several walls and blocks, and can even break Brick Blocks or open Question Blocks. However, the downside is that Mario cannot control the horizontal movement the shell when sliding. He can still jump and stop whenever he wants, but moving goes automatic. The shell is also very durable and can withstand various kinds of damage, almost similar to Hammer Mario. It is also good at taking out enemies with ease. Mario can also swim more faster and with more accuracy with this power-up.

In Mario & Luigi: Bowser's Inside Story, by hitting Shell Blocks scattered around areas, Mario can turn into Shell Mario, and Luigi can hit him with his hammer so he can spin inside the shell, shooting straight forward. This helps the bros hit blocks in places they would normally be unable to go into directly. However, if Mario jumps while in this form or touches an enemy in the overworld, he will discard the shell. Also, if Mario hits an enemy with this ability, they will be stunned temporarily. 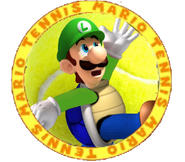 Retrieved from "https://fantendo.fandom.com/wiki/Shell_Mario?oldid=3164480"
Community content is available under CC-BY-SA unless otherwise noted.