Shantae (Japanese: シャンティ Shanti) is a Half-Genie (a girl born to a male Human and a female Genie) and the main protagonist of the Shantae series. She is the guardian of Scuttle Town, tasked with protecting it from Risky Boots and other villains.

She was created by Erin Bozon and her husband Matt.

Shantae has tan skin, and prominently has purple hair tied back into a long ponytail that falls the length of her body. She wears a bedlah of a primarily red colour, though does include gold and black parts. She wears goldencuffs and large hoop earrings, as well as a small tiara on her forehead.

In Scuttle Mystics, Shantae is sent out to an abandoned temple to find its treasure before a gang of pirates does. However, she soon uncovers her father's old journal and finds out she is the modern queen of a lost empire. She must gather an army to wage war on Princess Irene, who seeks world domination and the end of magic altogether.

Shantae appears in Super Smash Bros. Dark Forces as a default playable character. She will have a prominent role in the game's story mode.

Shantae makes his debut in Project X Zone 4, and is a member of the Ressitance who fight with Infinite. 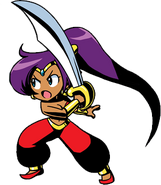 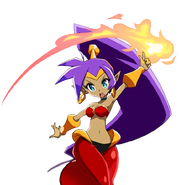 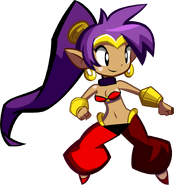 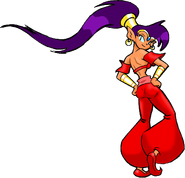 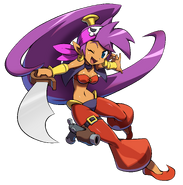 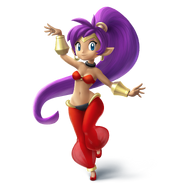 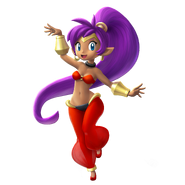 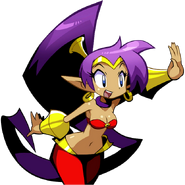 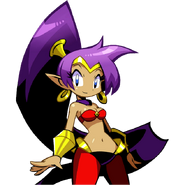 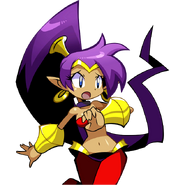 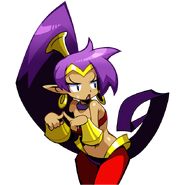 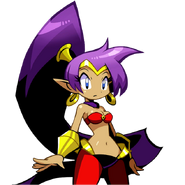 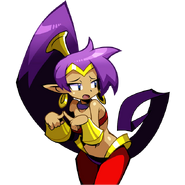 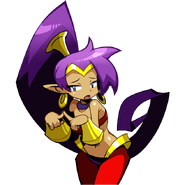 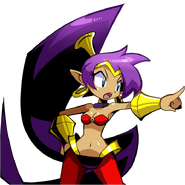 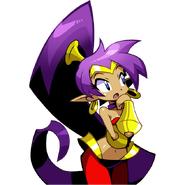 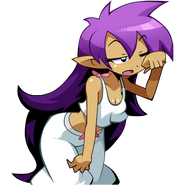 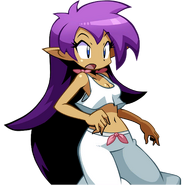 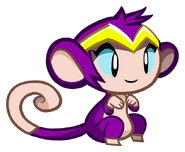 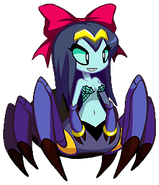 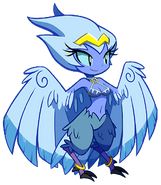 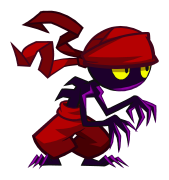 Add a photo to this gallery
Retrieved from "https://fantendo.fandom.com/wiki/Shantae?oldid=3107719"
Community content is available under CC-BY-SA unless otherwise noted.