Shade the Echidna, also known as Procurator Shade, is an Echidna from the Sonic the Hedgehog series. She first debuted in Sonic Chronicles, where she appears as a high-ranking member of the Nocturnus Clan- a clan of Echidna that had been sealed away in an alternate dimension known as the Twilight Cage. As a high-ranking member of the Nocturnus Clan, she is loyal to its leader, Imperator Ix, though later grows close to Knuckles the Echidna, who had long believed himself to be the only living Echidna.

Shade makes an appearance in Sonic Heroes 2 as a playable character for Team Knuckles. She and Knuckles are obnoxiously in love, to the extent that Shade usually remains by Knuckles' side when he is guarding the Master Emerald. 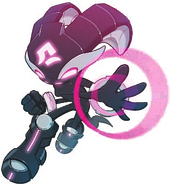 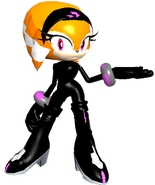