Sequence (known as チャレンジャー Charenjā in Japan) is an action and puzzle video game developed by Play! Software Planning in conjunction with Nintendo for the Wii console. It was first released in Japan in January 02, 2012. It was released in worldwide in January 03, 2012.

The game is made of series of puzzling challenges, the objective is to find an "S" blue button, the one that serves as the logo for the game by various means, using the Wii Remote to grab or activate objects.

The game has 200 challenges that don't require time to complete, however, the player gets more points if each one is completed in a short time.

Sequence is compound of two hundred challenges divided by rounds and played by order in every mode. Each challenge requires the player to find the game's S Button in a different way. The player controls a cursor with the Wii Remote that turns into various objects during some challenges (like scissors or a small fan).

The Index option will appear in the game's menu after the first Round is completed. Here, the player can play every challenge that was played at least once. If the player completes an individual challenge before 30 seconds, they get a golden star on its icon in the menu. If the player takes more than 30 seconds to win the challenge, they receive a silver star (this doesn't applies to boss challenges, since they take a longer time to complete). 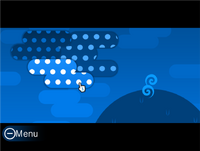 A level where the player must wipe the clouds to get sunshine to the plant. 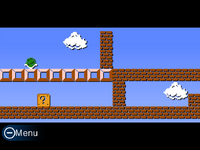 A level where the player must hit the ? Block with the Koopa Shell. 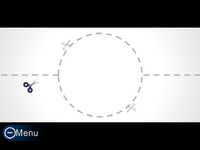 A level where the player must cut the paper and then remove it. 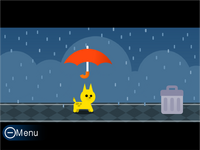 A level where the player must protect the cat from the rain until it reaches the trash can.
Community content is available under CC-BY-SA unless otherwise noted.