Sarah Auvic is the Sigma Prime version of Leah Needlenam. She is a Combat Medic/"God Hunter" who utilizes her Mercury Needles, Beorn Blaster and Standing Ripple James Bond to track down deities and kill them to sell their body parts. Macabre.

Sarah has many similarities to her Beta Prime counterpart, though isn't quite as unstable or offputting. She's more sociable, but doesn't have the same undying self-confidence as Leah.

James Bond is much calmer and much more polite, acting as a negotiator for Sarah. 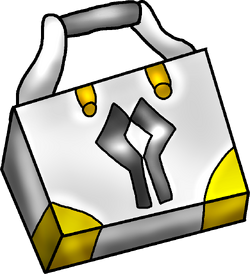 Retrieved from "https://fantendo.fandom.com/wiki/Sarah_Auvic_(Sigma_Prime)?oldid=2957017"
Community content is available under CC-BY-SA unless otherwise noted.